The University of Johannesburg scored a trifecta of wins when its men’s hockey, squash and rugby teams took gold during the winter leg of the USSA national student tournaments.
The squash and hockey teams successfully defended their titles, while the rugby squad took back the laurels after winning two years ago.
According to UJ Sport’s senior manager for clubs Adrian Carter, the results confirm the university’s position among the top performing tertiary institutions in the country.
“It’s one thing to win a title but the true mark of a champion group of people comes to the fore when one defends that title.”
UJ, the only team not to drop a game en route to the last round, beat the University of Pretoria 14-10 in the final of the squash championships in Port Elizabeth on July 5.
On the same day, the institution overcame former rugby champions Stellenbosch University 29-16 to lift the trophy in Pretoria, while the hockey team claimed a 3-2 victory, also over Maties, in Cape Town.
Carter said UJ participates annually in 12 of the 35 USSA sporting codes and a number of factors had led to his teams’ success this season.
“We are well supported by the university from a financial perspective and with that comes the appointment of quality human resources in the form of sports managers, coaches, team managers, sports scientists and biokineticists.
“All of them are responsible for creating the right environment in which our student-athletes thrive both academically and on the sports field. Having the right people really goes a long way to ensuring sustainable success.”
He said the university advocated a balanced approach when recruiting student-athletes.
“We stress the point that they are here firstly to be a student and secondly an athlete; with that comes a great responsibility to manage their time and meet both their academic and sporting obligations without compromising either.
“Whether they go on to play professionally or take part in a non-professional sport, acquiring a degree or diploma is of critical importance in the development and, ultimately, the career of an individual.”
Carter said being affiliated to a top institution was vital for advancing any sporting career.
“Especially in the South African sporting environment, the university plays a massive role in the long-term athlete development process.
“One need only look at the recent success of the SA team at the world student games in Kazan (Russia) to see evidence of this fact.”
UJ rower Kirsten McCann won gold in the women’s lightweight single sculls event, while Kate Christowitz helped the women’s coxless fours to a silver medal result.
The real challenge, said Carter, was addressing the next development tier for the elite student-athletes once they leave university.
“This aspect must be addressed to bring about sustainable success for South African sportsmen and women at international level.”​ 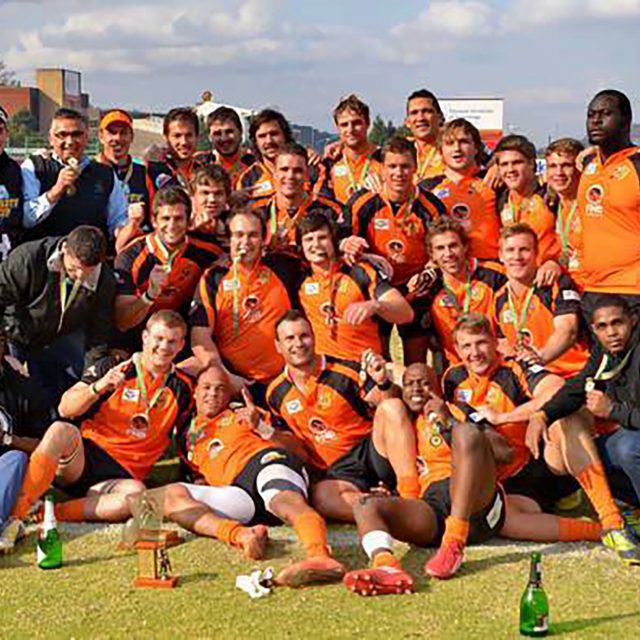