Albert Einstein predicted Gravitational Waves or ripples in space-time, squeezing and squashing of dimensions, due to violent movement of massive objects in the universe. The first Gravitational Wave event, dubbed GW150914, was detected on September 14, 2015 by two instruments run by ALIGO, which are located in Hanford, Washington State and Livingston, Louisiana State, USA. This is one of the most significant discoveries in this century and the proof of Einstein’s General Theory of Relativity in exactly 100 years after proposition. The detected GW was created by mergers of two black holes of masses 36 and 29 times the mass of the Sun. The merger created one single black hole of mass 62 times the mass of the Sun with 3 times the mass of the Sun emitted in pure GW energy.

Published in the “Kaleidoscope” section of the online version of the journal, Physical Review D, the collaborators reported that multimessenger studies can reveal nature of the sources which may not be discerned from one type of signal alone. They discussed HEN emission in connection with the Advanced Laser Interferometer Gravitational-wave Observatory (ALIGO) event GW150914 which could be associated with a short gamma-ray burst (GRB) detected by the Fermi Gamma-ray Burst Monitor (GBM) 0.4 s after the GW event and within localization uncertainty of the GW event.

The study was prompted by the discovery of the gravitational wave event last year (dubbed GW 150914) from mergers of two black holes, leading the researchers to calculate HEN flux from this short GRB, GW150914-GBM, and show that non-detection of a high-energy starting event (HESE) by the IceCube Neutrino Observatory can constrain the total isotropic-equivalent jet energy of this short burst to be less than 3×1052 erg.

Prof Razzaque explained that the detection of high energy neutrinos arising from electroweak interactions can give an independent channel of information of the most powerful astrophysical phenomena in the universe in addition to gravitational wave. The predictions of their study can be tested by new science runs of the Advanced LIGO gravitational wave detector towards the end of 2016, he added.

“This is an exciting experience as only a selected few articles are showcased on the website of the journal, among hundreds published each month. This will improve the visibility of our paper among both scientists and non-scientists,” said Prof Razzaque. His research interests are neutrino and gamma-Ray astrophysics – “relatively new and emerging research areas” where there is a lot to understand about the universe using those channels. 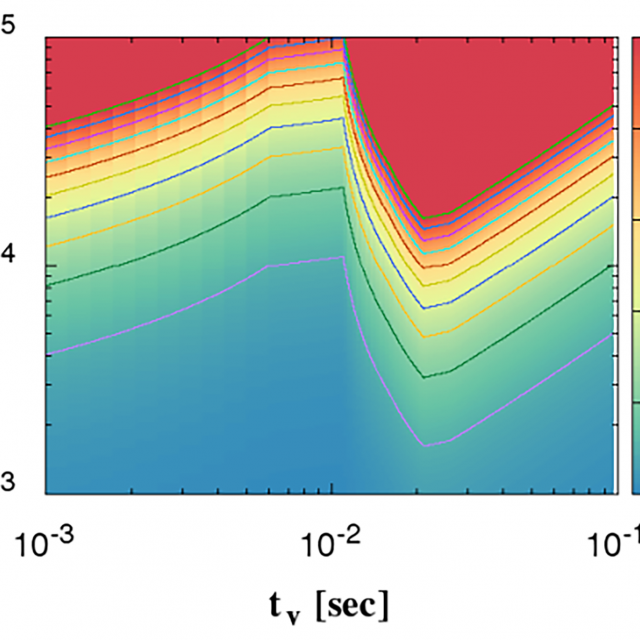