The rugby team of the University of Johannesburg (UJ) continues the search for a first win in the 2022 FNB Varsity Cup rugby tournament after a 44-all draw opening match and a 24-26 loss in Bloemfontein and Cape Town, respectively.

Though the FNB UJ team led for most parts of the two encounters, the second halves proved to be tough for the Orange Army with the opposition scoring most points in the dying minutes. In the first match against the Central University of Technology (CUT) Ixias, UJ ended the match with a final 44-42 score on Monday, 14 February 2022. However, the final score was overturned to a 44-all draw after a dispute by Ixias protesting a 7-point try scored from their own half that was overlooked during the game. UJ led 24-5 at half time in Cape Town against FNB University of Cape Town (UCT) Ikeys, but were unable to register a point in the second half. Ikeys took advantage of their scoring opportunities and managed to change the game, winning it with a 24-26 final score.

“The challenges for the team in the last two games were the belief. We got ourselves in good positions, but unfortunately the lack of belief to seal the deal within the first 40 minutes,” says Jonathan Mokuena, UJ Rugby Head Coach.

FNB UJ rugby team Co-Captain, Johannes Terblanche, weighed in on the outcomes, “Our oppositions’ support became a motivating factor for them in our first two away games. When we did lineouts and penalty kicks they would boo and do all sorts of other things. As the games got tougher, the fans made such a big impact to help motivate our opposition to perform even better than we did. So we believe that this will be a morale booster for us when we play our first home match on 28 February 2022. A call out to all the fans to please come and support us on Monday night. We need them.”

The Orange Army will be looking to move from seventh position on the log standings in their first home match against FNB North West University (NWU) Eagles on 28 February at the UJ Stadium.

“It’s always so nice to have the fans at the stadium, having your loved ones and friends there to support is definitely something I am looking forward to,” adds Terblanche who will be playing his first home match for the Orange Army.

The newly appointed Head Coach believes that it is important for the players to manage the expected pressure that comes with fans being back in the stadium. He says that such pressure should not have a negative impact on the team’s performance.

“The fans being back is really great and it is something that we really cannot explain to people. The fans really give the team that 1 percent or 10 percent or 20 percent more energy. They ([the players] will give more because they know the friend, uncle, mom, or dad is watching the game. It is a massive energy booster,” adds Mokuena. 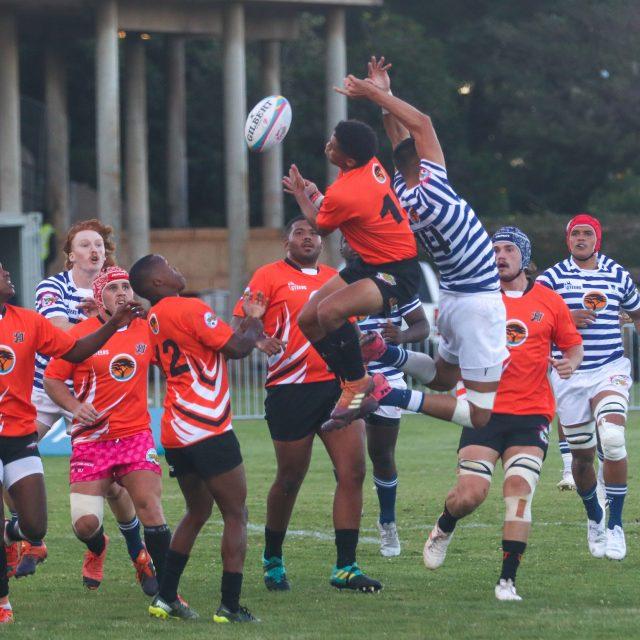