​Michael Dafel, a legal researcher at the South African Institute for Advanced Constitutional, Public, Human Rights and International Law (SAIFAC) a research centre of the Faculty of Law at the University of Johannesburg (UJ), will head to the University of Cambridge (United Kingdom) in October this year as a Gates Cambridge Scholar.
​
Dafel, who is the first UJ affiliated person to receive this prestigious award, will pursue a PhD in law at Cambridge. His doctoral thesis will focus on the constitutional nature of political parties with the aim of investigating the human rights obligations of these organisations.
“Given the caliber of previous scholars and the values the scholarship scheme embodies, I am truly humbled to have received the Gates Cambridge Scholarship”, said Mr Dafel. “I’m looking forward to joining a global network of leading minds committed to creating a more just and equitable society.”
Dafel was one of 55 international scholars selected from a total pool of 3,647 applicants. Gates Cambridge Scholarships are highly competitive, and are awarded on the basis of intellectual ability, leadership capacity, academic fit with Cambridge, and their commitment to improving the lives of others.
Before joining UJ, Dafel clerked at the Constitutional Court for Chief Justice Mogoeng Mogoeng, worked on litigation before the African Commission on Human and Peoples’ Rights, and, as a research fellow at International IDEA, Cairo, Egypt, co-prepared submissions to members of constitutional drafting assemblies in the Middle East following the Arab Spring.
His successful career to date continued at UJ with four publications to his credit being accepted during 2013.
He will continue working at SAIFAC, a leading research centre in South Africa producing advanced research in its focus areas, until the end of August 2014. 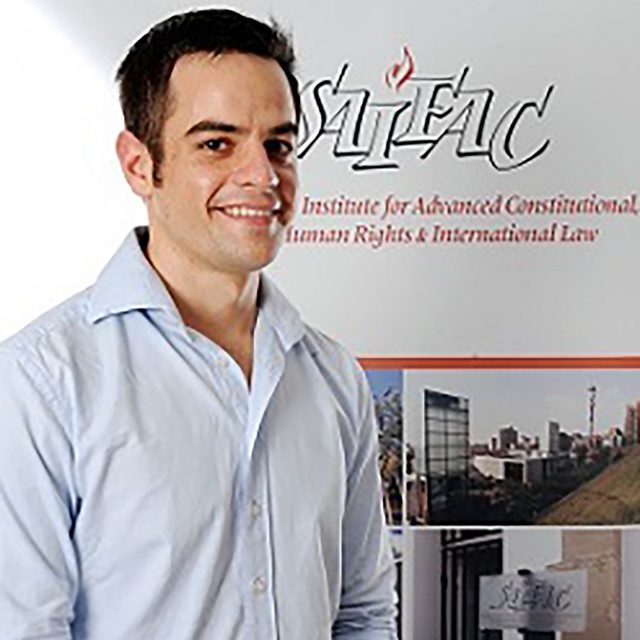