​​Professor Ben-Erik van Wyk of the Department of Botany and Plant Biotechnology at the University of Johannesburg (UJ) has been elected as a Fellow of the African Academy of Sciences. The announcement was made on 21 November 2013.​​​​

Professor van Wyk is one of two newly 2013 South Africans elected as fellows.

Professor van Wyk joins Professor Tshilidzi Marwala, Deputy Vice-Chancellor of Research, Innovation, Postgraduate Studies and the Library, UJ, making the University one of only two South African universities with more than one Fellow of the African Academy of Sciences.

Professor van Wyk has a very impressive academic record with some 300 publications in peer-reviewed journals, more than 300 presentations at international and national conferences, 19 botanical books and 15 chapters in professional books (several of which have been translated into foreign languages such as German, Polish and Korean). He has been attached to UJ (former Rand Afrikaans University) since 1985. He specialises in the classification and naming of plants (plant taxonomy) and is the author of several books, mainly on medicinal and useful plants.

​​With numerous sought-after awards, including the 2009 recipient of the UJ Vice-Chancellor’s Distinguished Award for Outstanding Researcher of the Year, Professor van Wyk has extensive collaboration with individuals, societies and professional bodies at International and National levels. He is also an internationally known specialist on the medicinal and other uses of plants by indigenous communities of Southern Africa and he is the NRF Research Chair in Indigenous Plant Use at the University.

Another newly elected fellow is Professor Ermias Dagne from the Department of Chemistry, University of Addis Ababa, Ethiopia. Prof Dagne is a regular visitor to UJ and has been a collaborator of Professor van Wyk for more than 20 years.

South Africa now has a total of nine fellows of the African Academy of Sciences. 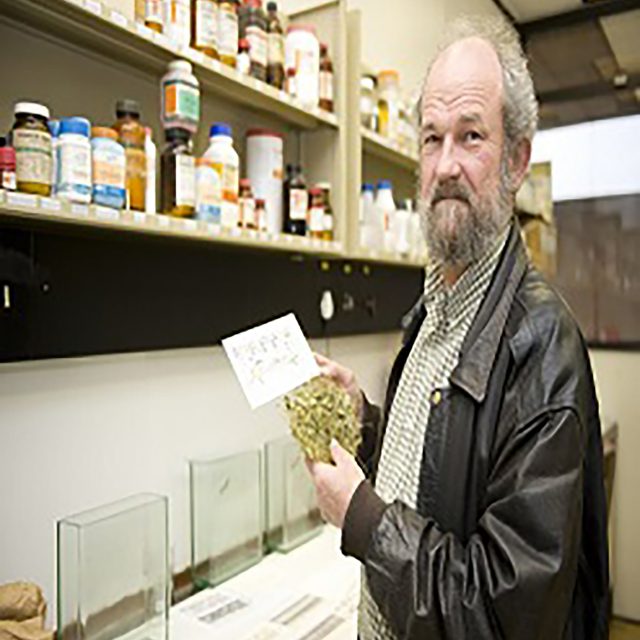