​​​​“I have had a longstanding interest in the politics of abortion dating back to my days as a member of the Reproductive Rights Movement when I was an undergraduate in Canada. When I first came to Southern Africa as an AIDS activist, in 1994, I realized that no one had yet written about the history of the struggle for safe, accessible abortion services in South Africa.” – Dr. Susanne Klausen.

University of Johannesburg (UJ) Research Associate Professor and the author of Abortion Under Apartheid: Nationalism, sexuality and women’s reproductive rights in South Africa, Dr Susanne Klausen revealed how ideas about sexuality were fundamental to apartheid culture, and showcased how the authoritarian National Party government attempted to regulate white women’s reproductive sexuality in the interest of maintaining white supremacy at the launch of her book at the University’s Auckland Park Kingsway Campus on Wednesday, 4 November 2015.
“This deeply researched and original book not only examines the history of abortion for both black and white women in South Africa, but also locates protests against restrictive policies within the context of international developments, particularly in Great Britain and the United States,” Klausen added.
“It’s been an exciting journey and along the way I’ve met some incredibly inspiring people and learned of too many tragic cases where women, especially black young women, died because abortion was not available. I have always believed women should never be forced to take dangerous steps to control their fertility, and that women’s decisions about whether or not to have children should be respected,” Klausen concluded.
Klausen is also the author of Race, Maternity, and the Politics of Birth Control in South Africa and has written extensively on the comparative history of eugenics, abortion and birth control. 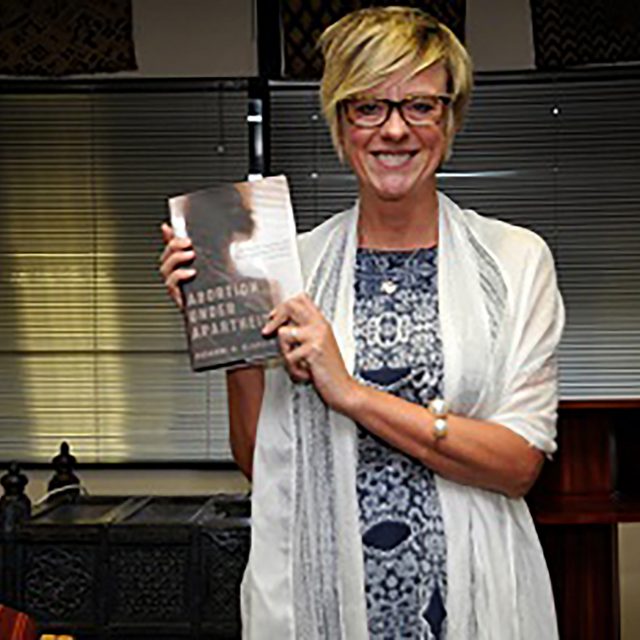