The University of Johannesburg (UJ), this week, became the first higher education institution in Gauteng to sign civil society organisation Corruption Watch’s pledge against corruption.
​
Corruption Watch, an independent civil society body recently established to lead the fight against corruption in South Africa, aims to build a more engaged and active civil society by gathering, investigating and sharing information on corruption in South Africa.
In a bold first, as a united University, the key structures of the institution committed to support Corruption Watch by making a public declaration by signing the pledge against corruption.
This was an opportunity for UJ staff and students across all levels to join hands and stand up against corruption. They pledged to be responsible and honest citizens, to treat public resources respectfully and to act with integrity.
Prof Rensburg said that by signing the pledge, the University is the first Gauteng university to publicly express, its full support for addressing the pervasive and unacceptable corruption in the country as well as its support for Corruption Watch.
He concludes: “All forms of corruption are highly corrosive of the moral foundations of our society, of effective administration, and ultimately of development and democracy. The youth in particular are important partners in the social movement against corruption as they are in the most affected by it. We need to think deeper about the ethos passed on to the next generation of public and private sector leaders. It is important to stop the corrosion spreading to the youth. By signing the Corruption Watch pledge, as individuals and as a university, we commit ourselves to the fight against corruption generally – in our country, province, district and municipality, in the public and private sectors and civil society – and specifically at UJ.” 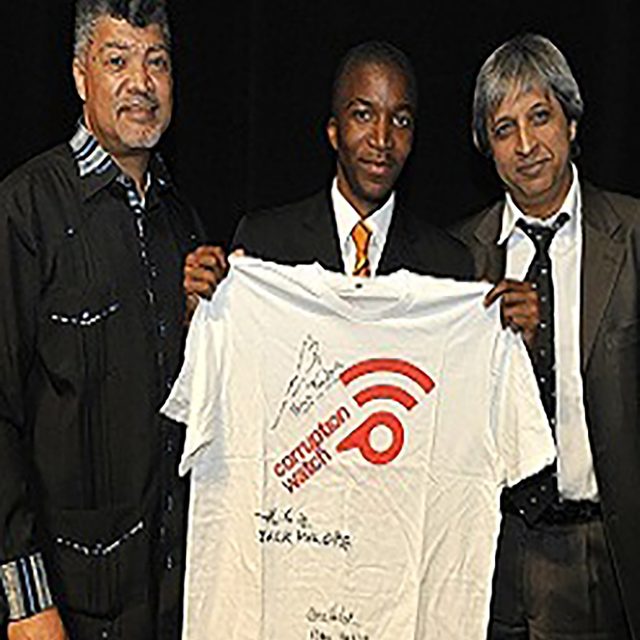