André Strydom, a Professor of Physics and leader of the Group on Highly Correlated Matter in the Faculty of Science at the University of Johannesburg (UJ), initiated a project that has produced fascinating new results in fundamental magnetism. The work is recognised to have opened a new research field and has been accepted for publication on October 15 in Physical Review Letters, flagship journal of the American Physical Society.​ ​

The work is a continuation of a project which Prof Strydom started in 2008 on 1:2:10 structured rare-earth based ternary intermetallic compounds. His original 2009 paper is listed as the 5-year most highly cited work of the European journal Physica B: Condensed Matter of Elsevier Science Publishers (http://www.journals.elsevier.com/physica-b-condensed-matter/most-cited-articles/).

The most recent chapter in this research is a sequel to the PhD studies of P. Peratheepan, a former student of Prof Strydom and now Head of the Physics Department at the Eastern University of Sri Lanka. As a project which profited from a comprehensive investigative approach through joint research and international team work, the published work partners UJ with research institutes of the highest calibre in Germany, Taiwan, and Korea.

In the study, a fascinating and unexpected interplay between electrons of two different energies and quantum mechanical states has been discovered. Traditionally, electrons pervade a metal freely in a manner described as itinerant or delocalized. This microscopic behaviour of electrons is responsible for macroscopic attributes of metals such as good electrical and thermal conductivity and metallic lustre. In the element Fe, electrons occupying the spatially extended 3d atomic shell are responsible for its magnetic properties. By contrast, in chemical elements known as the lanthanide elements the magnetic electrons are found in the semi-filled 4f shell. These are confined to a volume much closer to the nucleus and this type of electron produces, by contrast, the localized form of magnetism. The borderline between local and itinerant magnetism has become a source of intense activity in condensed matter physics due to an astounding variety of new physical properties and unpredictable elementary particle behaviour found at this juncture. Announcements of new discoveries and exotic phenomena continue unabatedly in this physics hot topic. The discovery accompanying this paper questions some of our most basic theories of metals.

In studies that Prof Strydom conducted with collaborators at the Max Planck Institute in Dresden during 2012/2013, surprising behaviour was found at the confluence where wave functions of these two types of electrons come into contact with each other in the same metal. An extraordinary temperature-driven evolution among the two opposing kinds of magnetism was found. But, says Prof Strydom, “Understanding the entangled behaviour proved to be very difficult and demanded a multi-parameter approach”.

“Most unexpected in our studies was the transporting of one type of magnetism, namely the local-moment magnetism on the ytterbium ions with spin- and orbital forms of magnetism, into the spin-only type of magnetism on the Fe atoms. At very low temperatures, we found hints that a highly correlated state develops among the 3d electrons of Fe. This state develops spontaneously when Coulomb repulsion energy among quasi-localized electrons exceed their thermal kinetic energy. In our surveys of the very low temperature properties of matter we came across collective behaviour, and a way in which the electrons seem to act in union but in ways which defy some of our most well-founded concepts of metals.”

This strongly correlated state among 3d electrons is highly unusual and an emergent field of condensed matter physics. The work is expected to stimulate new directions in research that will explore how different types of atomic magnetism can work together, or compete. ​​ 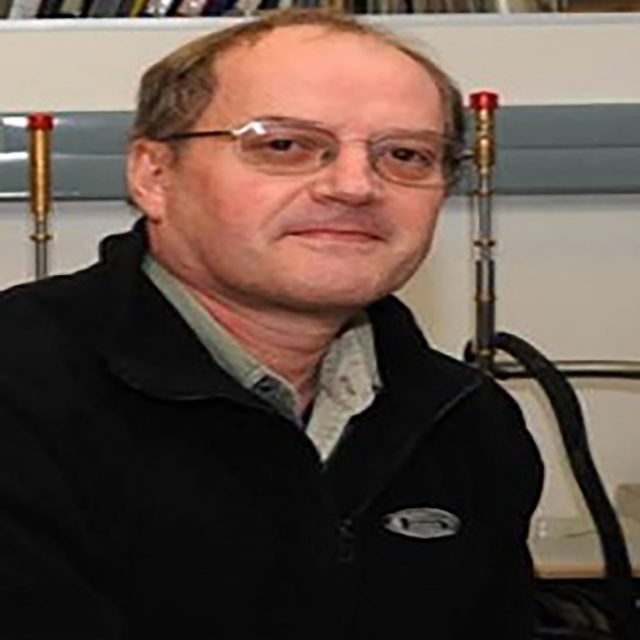