After five games in the 2022 FNB Varsity Netball tournament, the University of Johannesburg (UJ) Netball Club has registered three wins and two losses. The UJ ladies are on course to play in the semi-finals depending on their outcomes in the next two encounters against the University of the Western Cape (UWC) and the University of Pretoria (UP-Tuks) on 2 and 3 October 2022, respectively, in Bloemfontein

UJ registered their third win on Monday, 26 September 2022 with a 77-32 emphatic victory over Tshwane University of Technology (TUT) at North West University Amphitheater in Potchefstroom.

The ladies showed total dominance against TUT who have now lost five consecutive matches.  The match started with a high tempo as Tarle Mathe and Boitumelo Mahloko tightened their defense to keep TUT at bay.

Lisa Kruger’s combination with goal shooter Muhluri Hlatswayo put UJ ahead from the first to the last quarters of the game. UJ led TUT with a big score from start to finish. The Orange Army went into half time break leading 42-10.

TUT managed to get some goals into the net by capitalising on UJ’s power play and managed to end the round five match with a 77-32 final score.

Player of the match, Tarle Mathe’s exceptional work ensured that UJ got the maximum points.

“We had a good match and a game plan coming here today since we didn’t perform good yesterday. We set goals for ourselves and it was a great match. Thanks to TUT for giving us a good match – this win will bode well of us going to the two games in Bloemfontein next week. I think we should continue to stick to the game plan because we had some opportunities that we didn’t use,” said Mathe.

On Sunday, 25 September, the team narrowly lost 44-42 to Stellenbosch University (Maties) at the NWU Amphitheater. The match was closely contested with both teams at the third quarter having equal points. Maties led UJ with two or a point most of the match. Coach Msomi believes that the team played good netball against Maties even though they narrowly lost the match.

“At this point, we are still having the hopes of finishing in the top four and that is going to allow us to play the semifinals. We will take it as it comes and see where the log puts us. I am proud of the girls for pushing really hard and at some stage showing how great they are in playing netball,” said Msomi.

In Bloemfontein, UJ will play UWC and UP-Tuks at the University of the Free State’s (UFS) Callie Human Hall.

Player of the match: 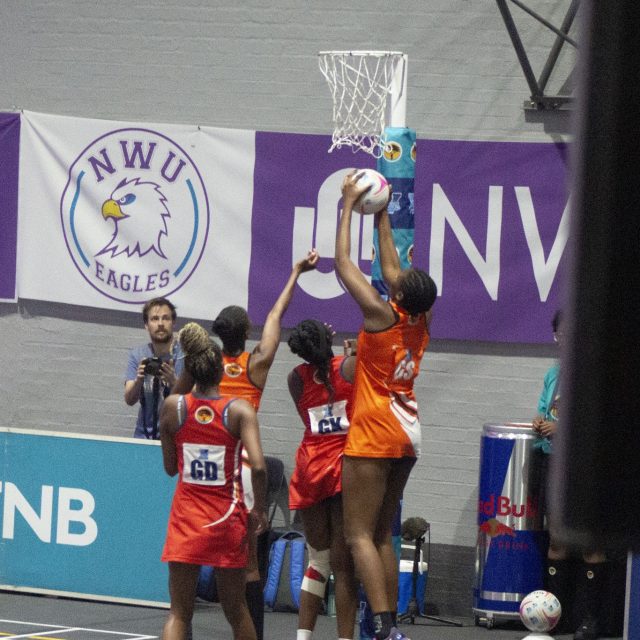