The University of Johannesburg (UJ) rugby team shrugged dictated matters on the pitch with a thrilling 20-0 final match win over Stellenbosch (Matties) in Johannesburg on Saturday, 05 October 2019. 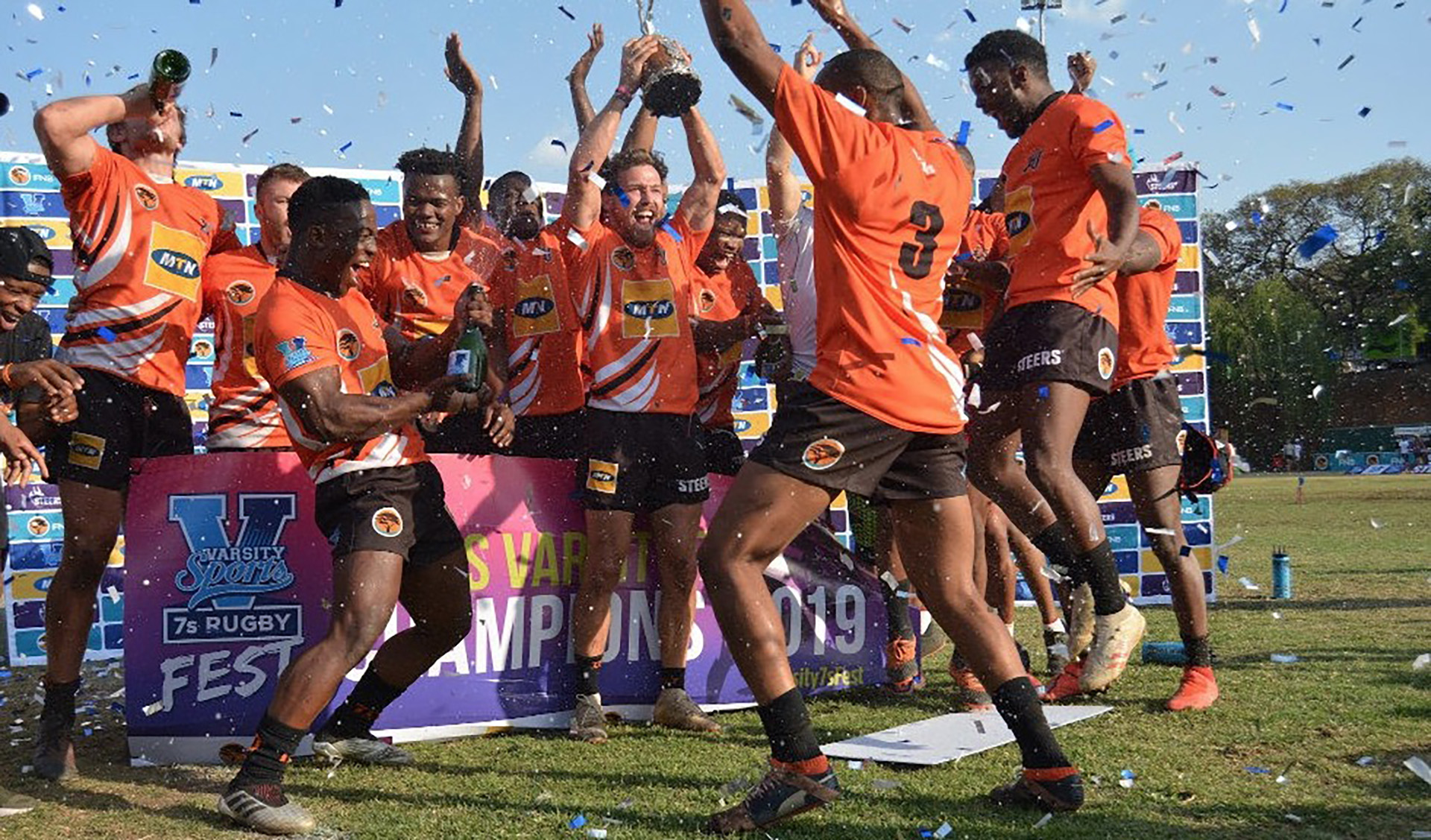 The tournament took place at the Pirates club, where the Orange Army made amends after losing to UP-Tuks in last year’s final. UJ captain, Johan Esterhuizen, said he was overcome with joy after the final whistle blew. In the final, UJ shrugged off an early yellow card to win the Varsity Sevens title. “To be honest, it still feels a bit unreal and I am lost for words at the final result,” said Esterhuizen following the tournament decider.

“Last year we came second to Tuks so we really wanted to rectify that outcome. I am really proud of the guys for the way they stuck to the task during the final and the whole tournament. We fought hard to bring it home, so I must say a big thank you to the whole squad,” said Esterhuizen.

He also complimenting their opponents, who never gave up trying despite not being able to get on the scoreboard. “I want to thank the Maties team for their efforts – it was a very tough game in the final.

“I am really proud of the guys for the way they stuck to the task during the final and the whole tournament. We fought hard to bring it home, so I must say a big thank you to the whole squad,” said Esterhizen.

Although they suffered a big disadvantage with the yellow card early in the game, the UJ defence proved relentless as they kept their opponents at bay. Despite playing with six players, it was UJ who were first on the board when Musawenkosi Tshabalala broke through from close to his own 22-metre line and beat several defenders to put them 5-0 ahead.

That was followed by a decisive moment when UJ crossed for a second try during a power play, which resulted in them taking a 15-0 lead into halftime. Desperate to get back into the game, the Maties tried everything they could but were unable to crack the UJ defence. With time running out and the score in UJ’s favour, Odwa Nkunjana settled the matter when he side-stepped three Maties players in one of the best tries of the tournament to take the score to 20-0.

Fittingly, Nkunjana was named FNB Player of the Tournament, which he described as a “great feeling”. “I am very thankful at receiving this award and we are very excited to have won the tournament,” he said.

On a personal level, he said he had aspirations of playing at the highest level. “I want to make playing top-quality sevens rugby my goal and my aim will just be to keep working hard all the time,” said Nkunjana.

Here are the results of the male and female Sevens Rugby teams in various tournaments in recent months:

The women`s team took part in the Women`s USSA 7s tournament hosted by UJ Rugby on 28 September 2019 and ended in 3rd place. On 4 and 5 October 2019, they again were participants of the Varsity 7s Fest and ended 3rd place.

In September, the men`s Sevens Rugby team took part in the USSA 7s and won silver (2nd place) after a 05-07 loss to UP-Tuks in Margate, KwaZulu-Natal. On 4 and 5 October, the guys won Gold in the varsity cup 7s Fest after beating Maties 20-00 in the final game. 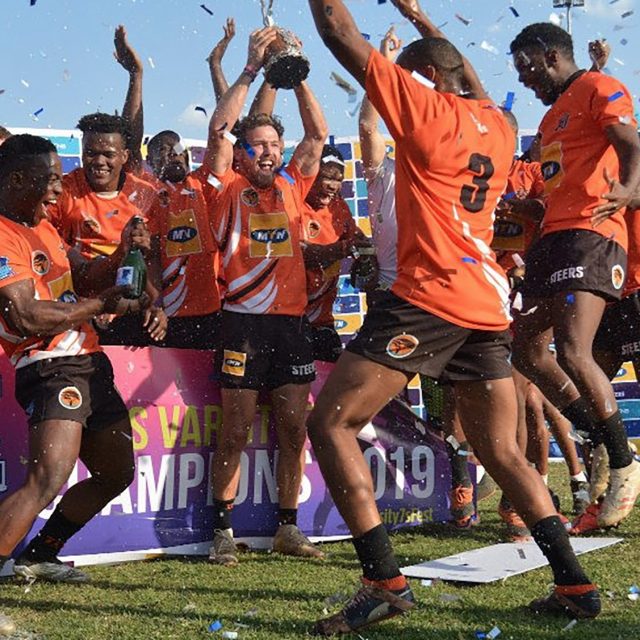