​​​​​​​The University of Johannesburg (UJ), announced the appointment of five new senior executives.

Prof Maluleke holds a doctorate in Theology from UNISA, and he has held the positions of Dean of the Faculty of Theology, Deputy Executive Dean: College of Human Science, Executive Director: Research and, most recently, Deputy Registrar at UNISA. He is a National Research Foundation (NRF) B-rated researcher, has successfully supervised 11 PhD students and has published more than 80 articles in peer-reviewed journals. He is an elected member of the South African Academy of Science and sits on one of the NRF rating specialist panels.

Prof Tshilidzi Marwala is appointed Deputy Vice-Chancellor: Research, Innovation, Postgraduate Studies and the Library. As UJ’s Executive Dean of the Faculty of Engineering and the Built Environment, Prof Marwala is recognised as one of South Africa’s leading academics.

He holds a Bachelor of Science degree in Mechanical Engineering Magna Cum Laude from Case Western Reserve University, a Master of Engineering degree from the University of Pretoria, a PhD in Computational Intelligence from Cambridge and was a post-doctoral research associate at the University of London’s Imperial College of Science, Technology and Medicine. He was previously a member of Council of Statistics South Africa and of the National Advisory Council on Innovation. He has received over 40 awards; has published over 150 articles in refereed international journals, conference proceedings and book chapters; and has successfully supervised 33 masters and PhD students. He is a fellow of The World Academy of Science (TWAS), African Academy of Science (AAS) and South African Academy of Science.

Prof Kinta Burger will take up office as UJ’s Registrar. As Executive Dean of the Faculty of Science, she has positioned the Faculty as an important player in the higher education arena, both locally and internationally. The Faculty houses three of the seven NRF research chairs at UJ and has seen an increase of over 200% in research outputs since 2007.

Prof Burger was appointed Lecturer in the Department of Mathematics at the former Rand Afrikaans University (RAU) in 1991 where she obtained a PhD in Mathematics in 1992. Before her appointment as Executive Dean in 2003, she was Chairperson of the Department of Mathematics and Statistics at RAU where she initiated many programmes which led to the success of the Faculty. During her leadership the Faculty saw an increase in numbers of qualified academic staff, rated researchers, research outputs, and, and Research Centres of Excellence.

Prof Mamba trained as a chemist at the University of Witwatersrand and lectured at the Technikon Witwatersrand (TWR) in 1999. He was promoted to Senior Lecturer then Associate Professor, and later to full Professor. He was awarded the status of Chartered Chemist (CChem) and Chartered Scientist (CSci) by the British Royal Society of Chemistry (RSC) and the British Science Council, respectively in 2010. That same year he received a C-rating from the NRF. In 2011, Prof Mamba received the Distinguished Vice-Chancellor’s Research Award at UJ. He is a fellow of The Royal Society of Chemistry (FRSC) of the United Kingdom. He has published over 120 papers in peer-reviewed journals and has presented his research group results at conferences locally and internationally, and successfully supervised 40 masters and PhD students.

Dr Singh holds a Bachelor of Arts degree in Education, a Master of Education in Psychology Cum Laude, a Doctor of Education in Psychology, and has been an educator since 1977, lecturing at the Transvaal College of Education. She joined management at the South African Management Development Institute and the Department of Public Service and Administration. In November 1999, Dr Singh was appointed Divisional Commissioner of the Career Management Division of the South African Police Service (SAPS) and within three years was appointed Deputy National Commissioner, making her the first woman to hold the position. As a President award recipient for outstanding manager in the public service, she played an integral part in transformation, the empowerment of women in the SAPS and establishing the SADC policewomen’s network with the focus on fighting crimes against women and children.

“In these colleagues we have found dynamic executives, with considerable experience, vision and will, of the right kind and in the right proportion. I am confident that their contributions will enable the university to maintain its momentum, as it continues to establish itself as an international university of choice, that is anchored in Africa and dynamically shaping the future,” says Prof Ihron Rensburg, Vice-Chancellor and Principal of UJ. “Given their respective stellar achievements, we could not have made more suitable appointments.” 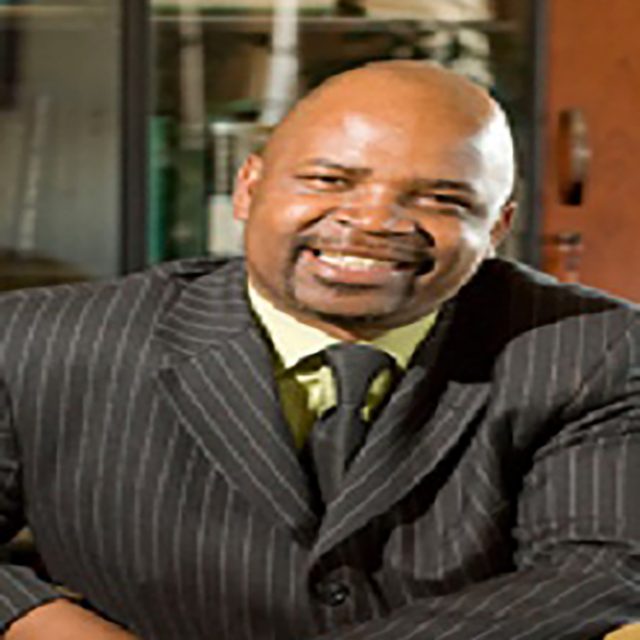