​​SA and German hi-tech solar technology commercialised​
Local ingenuity in technological research and development and German engineering acumen has presented South Africa with a top position world-wide in the conversion of sunlight into electricity.
This follows the joining of forces between Photovoltaic Technology Intellectual Property (PTiP), a local technology development and intellectual holding company that has its origins in research conducted in the Department of Physics at the University of Johannesburg (UJ), and Singulus Technologies AG, a listed German engineering company.
This combination of expertise has led to the establishment of a demonstration plant at Technopark in Stellenbosch for the production and marketing of a thin-film solar module that provides an effective way to convert solar energy into electricity.
The implementation of the technology and concurrent demonstration of the commercial production processes at this level is a first for South Africa and Africa after the core aspects of the technology and related products were developed and up-scaled over the past 20 years.
The new generation thin-film photovoltaic technology was fully developed in South Africa and will now be produced at Technopark, Stellenbosch. The thin-film module includes a unique homogenous semi-conductor alloy, comprising five chemical elements. The total thickness of the active materials in the thin-film module is only 3 microns, compared to the traditional first generation silicon technology with a thickness of more than 300 microns.
The opening of the demonstration plant in Stellenbosch on Monday, 03 February 2014 was attended by a number of dignitaries. These include the German Ambassador to South Africa, Dr Horst Freitag, Chairperson of the University’s Council, Prof Roy Marcus, the Vice-Chancellor and Principal of UJ, Prof Ihron Rensburg, the Director-General of the Department of Science and Technology, Dr Phil Mjwara and the Mayor of Stellenbosch, Alderman Conrad Sidego.
Also present were senior representatives from the public sector, academic community, shareholders and representatives of Singulus in Germany, who all played an important part in die development of the technology. The plant will now be used to demonstrate the advantages of the new technology to the world.
The silicon based technology currently imported by South Africa gives rise to a product with little local content and value. PTiP has now become the first company of its type in South Africa and Africa to convert basic raw materials through fifteen production processes into a fully integrated solar energy product – all under one roof. Depending on the type of glass used, the local content of the panels is between 80% and 90%.
CEO of PTiP and the person mainly responsible for the research and development of the technology, Prof Vivian Alberts from UJ, says there is a total commitment to work with local companies and to put a proudly South African product on the market.​
In terms of cost and quality, the technology and product can compete with any similar product world-wide. The facility at Technopark was designed and equipped with highly sophisticated equipment to ensure constant improvements to the product. It is highly promising technology which can now proudly be used commercially,” says Alberts.
This follows after the development of the technology was initiated by UJ’s Physics Department in 1993. As a University project, world quality results at laboratory level were already achieved in 2002.
This paved the way for funding of R12 million from the Department of Science and Technology for a pilot plant at UJ, while the project was also strongly supported by the National Research Foundation.
This pilot plant at UJ started to produce semi-commercial products in 2006, which quality and performance were internationally and independently verified. This opened the door for PTiP to be the first company in the world to licence the technology internationally in 2007. The processes and product characteristics are currently protected by world-wide patents in 17 countries.
The research laboratories were moved to Technopark, Stellenbosch in 2011, which was growing in popularity as an innovation hub in the Western Cape. UJ, the Industrial Development Corporation of South Africa (IDC) and the Technology Innovation Agency (TIA) invested R180 million in the project for the establishment of the demonstration plant. The IDC is currently a strategic shareholder in PTiP and provide expertise and support with the commercialisation of the technology.
“Stellenbosch is an environment that offers expertise for the commercialisation of the technology and to present it to the world. The aim is now to establish a fully-fledged photovoltaic industry, to train people and to stimulate job creation in the industry.​
“The demonstration plant will serve as basis for the licensing of photovoltaic production facilities world-wide and in Africa. Our joint venture with Singulus of Germany will play a major part in this, with the provision of production equipment and related expertise by the German company.
“In this way a turn-key package, consisting of a building, services, equipment, certified products and the technology are provided to a client who wants to enter the industry. Research has shown that the establishment of a photovoltaic plant potentially creates more jobs compared to a coal driven power plant, with downstream sales, marketing and maintenance services providing an important stimulus,” says Alberts.
New legislation now allows for the application of the photovoltaic panels in a range from residential houses and buildings, big businesses and independent power producers (IPP’s).
According to Professor Alberts an investment in a new generation thin-layer photovoltaic system can be recouped within 3 to 5 years with a guaranteed lifespan of 20 years. The colours of the modules comes in light grey to black and can be aesthetically incorporated into buildings.
“The technology enters an important commercialisation phase over the next 6 to 12 months with the large-scale establishment of production facilities and the roll out of the technology in South Africa and the rest of the world. Negotiations are already being conducted with a number of investors and possible clients. ​
“Photovoltaic technology is already one of the fastest growing industries in the world and South Africa can now proudly participate in it with a cost effective and advanced second generation thin-layer photovoltaic system,” says Alberts. 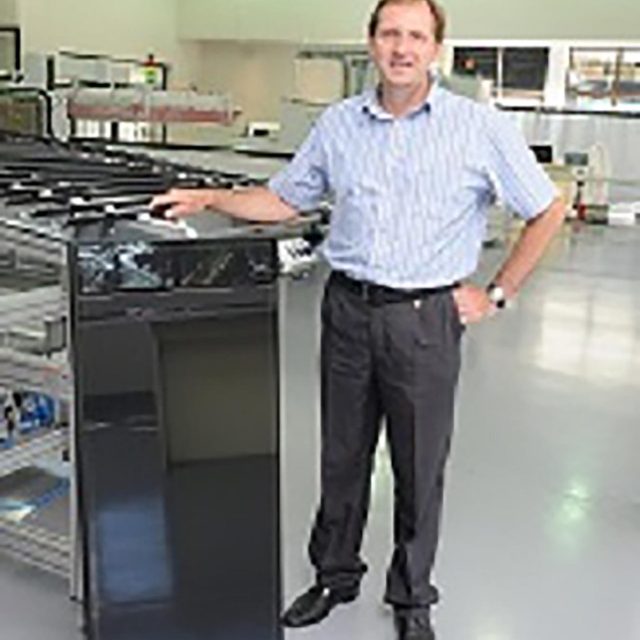