​​The judicial candidates for South Africa’s highest court are all women.

Mia Swart, a professor of International Law at the University of Johannesburg (UJ), argues that in spite of gender transformation in the judiciary, little attention was paid to the deeper, underlying issues of sexism at all levels of the legal profession.

She penned an opinion article, Gender reform in the judiciary is still skin deep, published by Mail and Guardian, 24 July 2015.

Gender reform in the judiciary is still skin deep

The judicial candidates for SA’s highest court are all women, but real change requires an end to sexism.

The site of the Judicial Service Commission interviews for judgeships earlier this month could not have been drabber. The interviews were held in a hotel conference room at the OR Tambo International Airport. The most exciting object in the room was a large gas heater next to the commissioners’ table. But the temperature in the room stayed tepid.

In spite of the burning importance of gender transformation in the judiciary, it seemed very little attention was paid to the deeper, underlying issues of sexism at all levels of the legal profession.

The unusual feature of this round of interviews was that the commission interviewed an all-women group for key positions in the judiciary. It also interviewed a highly experienced group comprising Supreme Court of Appeal judges Nonkosi Mhlantla, Zukisa Tshiqi and Leona Theron and KwaZulu-Natal high court Judge Dhaya Pillay to fill the vacancy left after the retirement of Justice Thembile Skweyiya from the Constitutional Court last year. Appeal court Judge Mandisa Maya, who was nominated by President Jacob Zuma for the position of deputy president of the appeal court, was also being interviewed.

Since the inception of our constitutional democracy, the number of women in our highest court has been embarrassingly low. Only two women, Sisi Khampepe and Bess Nkabinde-Mnono, serve in the Constitutional Court. Women’s participation in the judiciary is important to establishing a judiciary that reflects the society whose laws it interprets.

With characteristic vigour, Chief Justice Mogoeng Mogoeng kicked off by asking why there are so few women in the judiciary and what can be done to correct this. This question was posed to most of the candidates.

The candidates mentioned the obstacles to gender transformation such as briefing patterns at the Bar, the fact that women bear an unequal share of childcare responsibilities and the small number of female senior counsel available for the commission.

The critical problem of the inherent sexism in the legal profession was not raised or addressed. There was also a lack of innovative suggestions for how such discrimination should be corrected. Sexism permeates every part of the profession. Whereas it is particularly palpable at the Bar and in the judges’ profession, it also exists at the level of the attorneys’ profession and in legal academia.

The low number of woman judges in the Constitutional Court means South Africa fails its own constitutional imperatives regarding equality, diversity and non-discrimination. According to Section 174: “The need for the judiciary to reflect broadly the racial and gender composition of South Africa must be considered when judicial officers are appointed.”

Mtende Mhango, professor of law at the University of the Witwatersrand, points out that the meaning of Section 174 is controversial in that it is not clear whether it refers specifically to demography or to a “thicker” concept of diversity that encompasses a multiplicity of differences beyond those that are merely superficial or group-based.

It is this thicker notion of transformation we should strive for. In this respect, South Africa does not lag far behind other democracies. The lack of gender diversity in the judiciary is equally acute in Britain. For many years Lady Hale has been the only female judge in that Supreme Court.

The Judicial Service Commission appropriately tested judges on their views about the relationship between the executive and the judiciary but the candidates mostly failed to give interesting, nuanced answers to this question.

Mogoeng said reference should have been made to recent case law, suggesting that he would have welcomed a more analytical approach. The judges generally seemed to err on the side of caution.

The traditional expectation that judges should conform to a certain personality stereotype requires some rethinking. These expectations were created by men. There is no reason Constitutional Court judges cannot be bold and colourful.

The latest Constitutional Court shortlist and Maya’s nomination will not quell criticism that the highest courts are the least transformed in terms of gender.

Gender discrimination cannot be rectified instantly. The executive and the judicial committee would have to show consistency and an ongoing commitment to substantial change. Ideally, such commitment should reflect in a constant stream of female candidates being interviewed. Interviewing an all-women group is artificial and will not instantly compensate for the lack of opportunity women have suffered in the past.

The question whether female representation on the Bench necessarily enhances the jurisprudence of a court has long been debated. There can be no doubt that the judiciary’s legitimacy would be enhanced by greater gender representation.

The concept of institutional legitimacy through reflective representativeness is particularly relevant to the judicial branch because it is not directly elected by the people and therefore lacks direct democratic legitimacy.

For me, the highlight of the interviews was the moment Theron was asked whether, if appointed, she would be the first coloured judge on the Constitutional Court. She cleverly answered: “On the face of it.” Transformation, unlike beauty, should not be skin deep. Encouragingly, Pillay affirmed this sentiment when she stated that she would not want to be appointed merely because she is a woman.

Sensitivity towards gender discrimination goes much deeper than shortlisting those of the underrepresented sex and hue. The eradication of sexism is a key part of transformation and is not being tackled in a practical and holistic manner. Sexism needs to be addressed on the level of altering mind-sets, assumptions and behaviour. A commitment to the rule of law requires that sexism be eradicated throughout all ranks of the legal profession and beyond. Transformation requires much more than the appointment of those from underrepresented groups.

Those with influence in the legal profession should be ideologically transformed to such a degree that they take practical and courageous steps to create a more diverse and inclusive environment.

Such broad ideological transformation requires re-education and introspection and an elevation of the position of women both in the workplace and at home. Now wouldn’t that be revolutionary?

The views expressed in the article is that of the author and does not necessary reflect that of the University of Johannesburg. 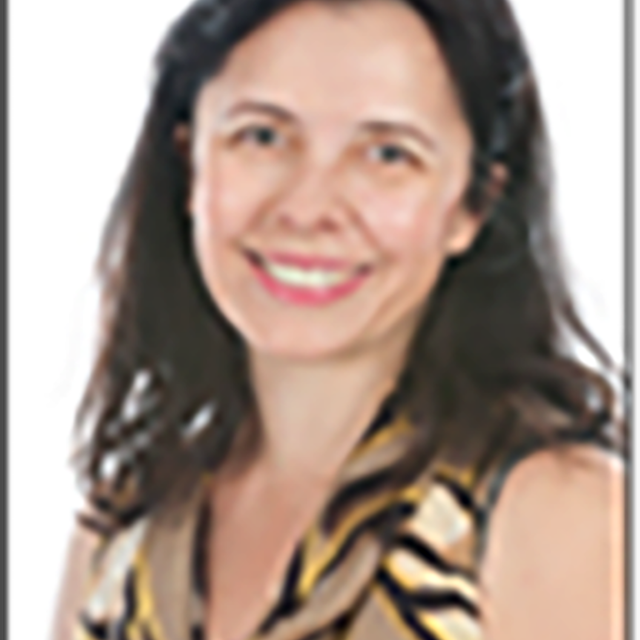