​​While South Africa prepares to go to the polls in the fifth democratic national elections on 7 May 2014, the University of Johannesburg (UJ), in the run-up to the elections, played host to several political party representatives and their supporters during the first of a series of Election Debates, which was broadcast live on SABC 1 and SAfm. This first episode interrogated the tensions, violence and intimidation during service delivery protests that have recently taken place, leading up to the upcoming elections.​​​

On Sunday, 23 February 2014, UJ, in partnership with the SABC, hosted political party representatives who engaged with each other on their perspectives and aims to develop South Africa and improve the lives of citizens. While most party leaders such as the Democratic Alliance (DA), Inkatha Freedom Party (IFP), and National Freedom Party (NFP) indicated concerns over high unemployment rates in the country, the ANC’s Malusi Gigaba highlighted that South Africa still has a long way to go in building diversity (of any kind), although South Africa has a good story to tell in terms of development of the people and the country over the last 20 years of democracy.

A widely-reported incident of violent behaviour during protest action recently took place when DA leaders and their supporters announced their intention to march to the ANC’s headquarters in Johannesburg to hand over a memorandum demanding jobs. ANC supporters, in what they claimed were acts to protect their headquarters, pelted DA supporters with stones, bricks and petrol bombs. Other violent actions during service delivery took place in Mothutlung village near Brits, Bronkhorspruit, Meadowlands (Soweto), Zandspruit and Bekkersdal to name just a few in January and February this year.​

The issue of high unemployment and the subsequent gigantic gap of economic inequality among South Africans dominated DA’s Gauteng Premier candidate Mmusi Maimane’s concerns in the debate, while IFP’s Mr Albert Mncwango and NFP’s Prof Nhlanhla Khubisa raised concerns over political intolerance and issues around service delivery protests by people from various political parties. There were allegedly two deaths of NFP members which were politically motivated in KwaZulu-Natal.​​

Prof Peter Alexander, UJ’s SARChI Chair of Social Change and serving as the political analyst in the debate, highlighted that ordinary South Africans who participate in service delivery protests across the country were from various political parties. According to Prof Alexander, protests in communities were a result of empty promises that the government made to people, and that government’s failure in service delivery sparked tensions and dissatisfaction in people against government.​​

Terry Tselane, Deputy Chairperson: Independent Electoral Commission (IEC), explained the rules of engaging in the national elections, and that these rules, free and fair elections that are uninterrupted by party leaders and supporters before and during elections, apply to all political parties.​

The debates are broadcast live on SABC 1 and SAfm each Sunday at 18:00. Viewers at home also took part in the debate through email, SMS and social media via Facebook and Twitter.​​ 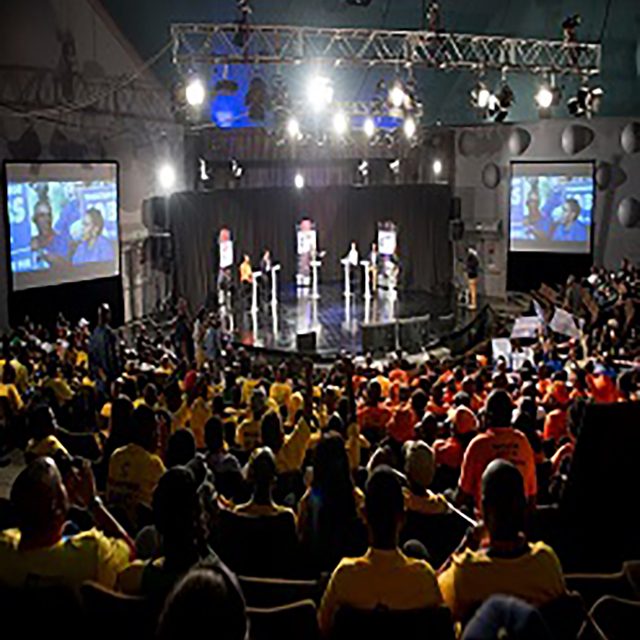