​​​​“I want to fulfil Reeva’s dream of starting a foundation to help victims, women and children, of domestic abuse.” This was the message Ms June Steenkamp, the mother of slain South African model Reeva Steenkamp, when she addressed staff, students and the media at the University of Johannesburg (UJ) on Tuesday, 10 March 2015. ​

Ms Steenkamp who recently wrote a book, “Reeva: A Mother’s Story” gave an insider’s account of the tragic loss of her daughter, when she talked about her book. She read an abstract from the memoire and shared some of the fond memories she had with Reeva Steenkamp.​

The story of Reeva Steenkamp captured the imagination of the entire world when she died tragically after being shot on Valentine’s Day in 2013. Subsequently, her boyfriend, Olympic athlete, Oscar Pistorius, was sentenced to five years’ imprisonment for culpable homicide in relation to Reeva’s death.

Ms Steenkamp didn’t share her opinion on whether justice was done, but asserted: “If Oscar didn’t have guns, Reeva would be alive today.”

She stressed that: “I don’t want people to forget Reeva and what she stood for … She was terribly taken up by strong feelings of doing something to help abused women. And I want to carry on that work for her.”

The talk was hosted by the University’s Faculty of Law, in partnership with the University’s Library and Information Centre to encourage critical thinking and reading amongst UJ students and South Africans 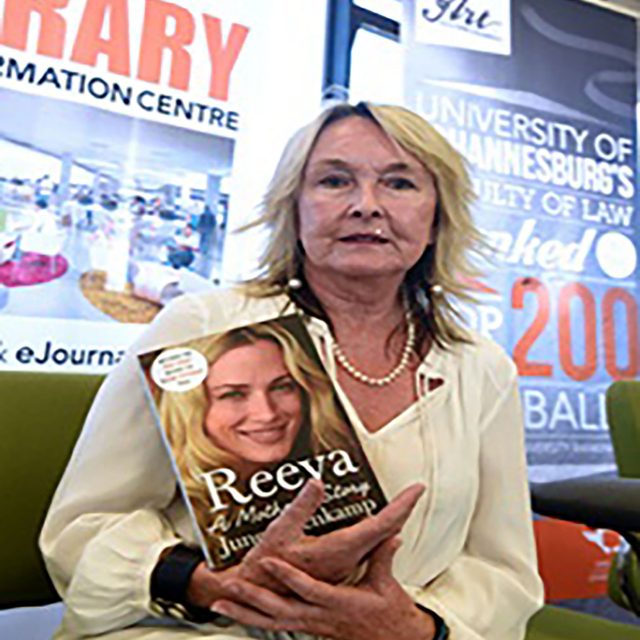