​​Humming, singing, ululating and dancing along the greatest African jazz classic songs of Hugh Masekela and Zimbabwe’s finest, Oliver Mtukudzi, on a Wednesday night left people asking for more. Right at the heart of Soweto, the Soweto Theatre was pulsating with echoes of Masekela’s and Tuku’s prominent songs that have touched people’s hearts since the 1980s – songs still relevant in today’s struggle for a better living.

While the crowd was still mesmerized by the young Baloyi, the man of the moment, Hugh Masekela, set the stage on fire with his township pantsula moves. Dressed in his signature clothing, untucked crisp black shirt and a black hat, Masekela has the groove of a 20-year-old guy. At 75, Masekela oozes musical wisdom with his husky voice, his trumpet playing and traditional musical instruments.

Masekela opened with one of his popular songs, Tshilese, which talks to people of all races to stop treating each other badly. That was followed by an emotional rendering of Stimela, a song about men coming from cities and towns in southern African countries to work in Johannesburg mines and surrounding areas in South Africa, traveling on a train drawn by a steam locomotive.​

As Masekela delivered a poem on men sweltering kilometers below the earth’s surface for low pay, one could feel the emotion of the Marikana story coming alive again. Masekela’s songs, composed and recorded many years ago, are still relevant in today’s life struggles amongst poor South Africans and Africans.

The hundreds of fans that attended the event could not help but stand up and sing along to Tuku’s Shona songs. “Music is about healing people and touching the heart of the hopeless man in the street,” said Mtukudzi during the Hugh Masekela Youth Dialogue at the Soweto Theatre on Tuesday, 9 August 2014.

Mukudzi’s words became testimony on Wednesday night when almost the entire crowd stood up singing along to his popular songs with powerful messages; Neria, Hear me Lord I Pray, and Todii. Most of the people that attended the concert do not understand Shona, a Zimbabwean language.

Mtukudzi is an acoustic guitarist. When he performed the Hear me Lord acoustic version of the song, with his husky powerful voice, there were a lot of emotional sighs. Dressed in tailor-made dark brown attire and white flat takkies, the tall legendary musician’s fingers made magic on his guitar.

The concert was collaboration of two legendary African musicians under one roof, singing songs that liberated South Africans and continues to give hope to people around the world.

Hosted by the University of Johannesburg (UJ), in collaboration with the wRite Associates, the concert was a follow up on the Inaugural Annual Hugh Masekela Lecture the previous day, celebrating Masekela’s 75th birthday on 4 April.​

The lecture is aimed to foster ideas that are rooted in African epistemology addressing the critical needs and aspirations of South African society and Africa in general. Mtukudzi delivered the keynote address of the lecture.

In his address, Mtukudzi encouraged the audience not to give up their identity as Africans. While paying homage to the life of Hugh Masekela – the challenges, the failures and the successes, he asked a though-provoking question: How do you measure the impact of a man or a woman? 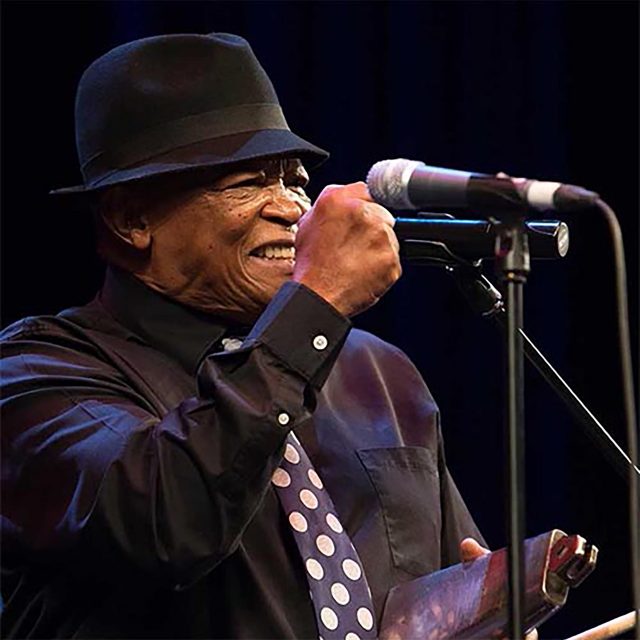