Post-apartheid South Africa has established various legislative frameworks in order to eradicate the restrictive developmental policies of the past. One of these frameworks is to promote gender equality in the work-place. Socially, economically and politically, there is still a gap between women and men holding decision-making portfolios, resulting in suppression of women’s capabilities. This is information revealed in the research conducted in South African municipalities by the University of Johannesburg’s (UJ) Prof Shikha Vyas-Doorgapersad from the Faculty of Management.
Prof Vyas-Doorgapersad, an academic in the University’s Department of Public Management and Governance, will present her speech at her Professorial Inauguration at the Kingsway Campus in Auckland Park, on Tuesday, 10 November 2015.
“I conducted research in various South African municipalities utilising a qualitative approach. The findings reveal an ineffective implementation of gender equality in employment equity plans; gender-based pro-poor strategies, gender-based quality of work life; and gender-based job satisfaction,” says Prof Vyas-Doorgapersad in her research abstract.
The topic of her address will be: “Gender mainstreaming in South African Public Management”. A brief response by Prof Chris Thornhill, Emeritus Professor at the School of Public Management and Administration, University of Pretoria, will follow the address by Professor Vyas-Doorgapersad.
Prof Vyas-Doorgapersad was born in India on 6 November 1970. She married a South African Indian in 2001 and she has one daughter.
She went to school at Dayanad Public School and received a Bachelor Degree in Science from the University of Ajmer. She obtained a Master’s of Arts in 1993, and a Master’s of Philosophy in 1994 with a specialisation in Public Administration at the University of Rajasthan. She obtained her Doctor of Philosophy in Public Administration at the same university in 1998 under the supervision of Prof Ramesh K Arora.
In 1998 she started her career as a Lecturer at the International College for Girls, Jaipur, India where she was involved with undergraduate lecturing in Public Administration. She published in a number of Indian journals and was actively involved in social media such as the publication of newspaper articles.
She emigrated from India to South Africa in 2001 and in 2004 joined the University of Zululand as a Lecturer in the Department of Public Administration and Political Science. In 2007, she was appointed as a Senior Lecturer in the Department of Public Management and Administration at the Vaal Triangle Campus of the North-West University. She was promoted to an Associate Professor in 2011 at the North-West University. She joined the University of Johannesburg as a Professor within the Department of Public Management and Governance in 2015.
She specialises in the public sector with an interest in gender issues in public management. She has published extensively in national and international accredited and peer-reviewed journals. She has published 15 individual articles and co-published 25 articles with academics from African and North American countries. She has contributed seven chapters to international books. She is the author of two books published in India and Editor of three international books published by Taylor and Francis and Routledge in New York, respectively.
She has read papers at international conferences in Japan, Indonesia, Namibia, Mauritius, Uganda, Botswana, Brazil, Abu Dhabi, and virtually in Greece, Montenegro and Italy.
She served as a Guest Editor for the Journal of Public Affairs in America and as Associate Editor for the International Journal of Interdisciplinary Social Sciences and the International Journal of Environmental, Cultural, Economic and Social Sustainability, both published in Australia. She also acts as reviewer to many South African journals.
Three Doctorates and 18 Master’s students completed their studies under her supervision.
She was awarded with several distinctions as the recipient of the institutional teaching and learning excellence award and the research excellence award, at the Vaal Triangle Campus of the North-West University.
Prof Vyas-Doorgapersad is a regular business commentator in the media on gender-related issues in the workplaces, with particular focus on professional women in municipalities.​ 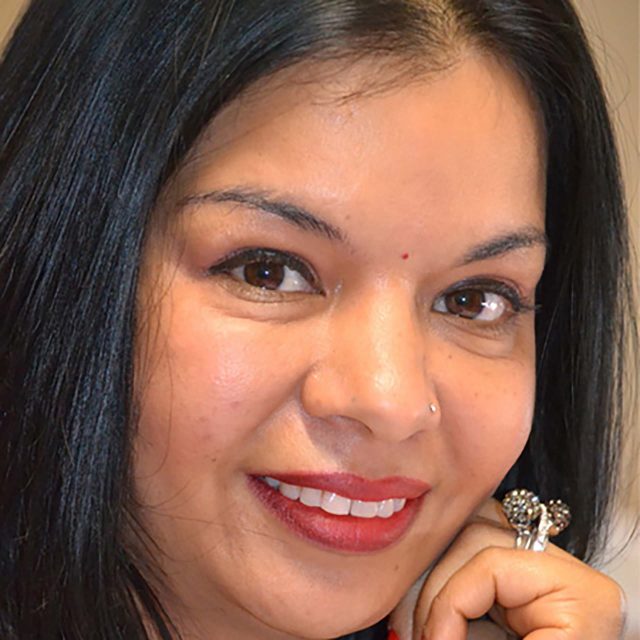