​​​Anati Mjo, a third-year BCom Logistics Management student at the University of Johannesburg (UJ), is one of the first-time voter students that will cast their votes in South Africa’s fifth democratic elections on 7 May 2014.​

At a launch of the Moral Regeneration Movement (MRM) at the SABC Radio Park on Tuesday, 25 February 2014, Mjo handed over two Charters of Election Ethics to Ms Pansy Tlakula, Chairperson: Independent Electoral Commission (IEC), and Father Smangaliso Mkhatshwa, Chairperson: MRM, to sign, declaring that “voting is a moral obligation.”

The Charter provides a clear understanding that organisations such as the IEC, political parties and citizens taking part in political elections must do so ethically. The Charter clarifies voting as an act of social responsibility, a right, a fruit of the tree of liberation and that voting shapes the future.

Mjo, as she witnessed the signing of the Charter of Election Ethics by Ms Tlakula and Father Mkhatshwa, represented the South African born-frees that will be voting for the first time this year.

The Charter binds different stakeholders involved in the election processes to campaign using rational persuasion and not violence, intimidation and/or use of religious, racial and tribal fears. “Ethics is about values, and, for the social beings that we are, it is about shared values. If it is ethical to vote, it is also necessary to be ethical in voting. Every election has different stakeholders, each with a particular responsibility and function,” the Charter outlines.

“I will be voting for the first time this year. As a “born free” this means a lot to me considering the fact that people died for people like me to have the right to vote. This is why I appreciate and take this responsibility. As the youth, we are the future of this country and the change in it. Without our votes, our voices will not be heard.

“I am very grateful to have been born during the starting phases of democracy where we had it easier. This gives me more reason to want to vote because of the hardships this country has been through.

“This year Election Day will be on my birthday (7 May) which is very exciting considering the fact that I’ll be voting for the first time. This makes my birthday more special and memorable.

I strongly encourage my fellow youth to exercise their right to vote as this is one of the best ways to make South Africa a better place to live in,” says Mjo.​​ 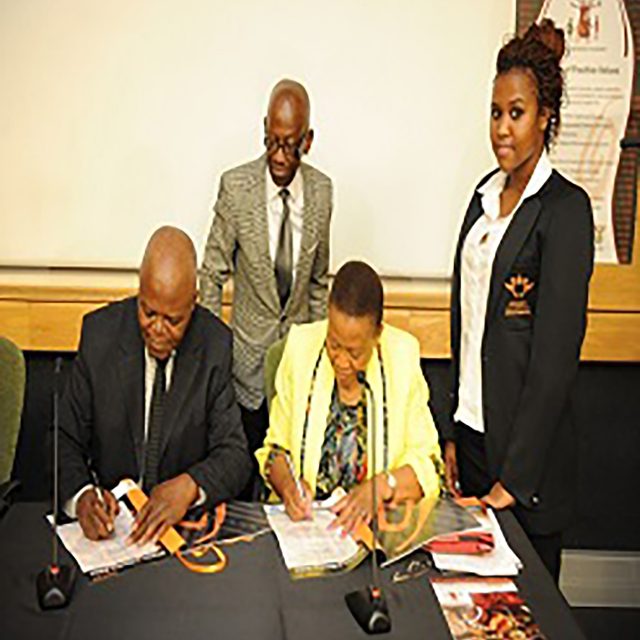