With eight gold, seven silver and 10 bronze medals, the University of Johannesburg (UJ) athletes booked a third spot on the overall medal standings in the 2022 University Sport South Africa (USSA) in Cape Town this past weekend, 5 to 7 May 2022.

“I am super proud of the entire team’s efforts. I thank them for putting in a good performance spirit. I am also a bit heartbroken that we have lost a few medals that we could have claimed for Team UJ due to unforeseen circumstances – but that’s sport for you,” says Roger Haitengi, Manager and Coach: UJ Athletics Club.

Haitengi adds, “I know that the guys will come back stronger in the next USSAs. The performances and results of this year’s championships will fuel them to do even better that they did. Our focus now shifts to the continental meets and cross country in the coming months.”

“This win means a lot to me. It shows that I am still in line with the progress I was anticipating this season. I faced tough competition competing against two of the best high jumpers in Africa and I was focusing on just doing my best. I’m proud of my achievement,” says Tswanelo Aabode, a fourth-year UJ student-athlete who is enrolled in an advanced diploma in Transport Management.

Aabobe is a Botswanan international who scooped bronze and gold medals in high and long jump, respectively, in the 2021 USSA championships held at UJ Athletics Stadium in Westdene.

The results were as follows:

-Tswanelo Aabode won the high jump in a height of 2.15m

-Zinzi Xulu won the triple in a distance of 13.25m

-Werner Visser won the discuss with a 57.07m throw

-Liandri Geel won the hammer throw with a 59.53m throw.

“There was no competition, so I anticipated to win. It was a pretty straight forward weekend,”  says van Rooyen, second-year BTCE Studies student. 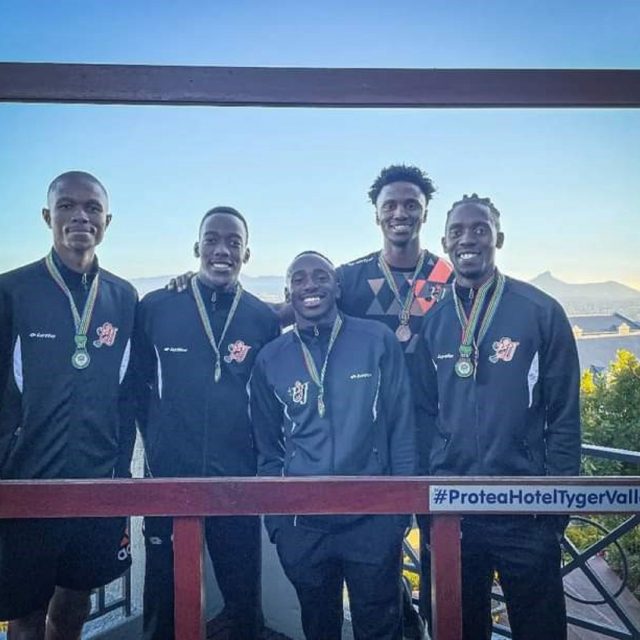