On May 10th, 2022, the Zonta prize for a female filmmaker in the international competition section of the International Short Film Festival Oberhausen, was awarded to Shelley Barry. Shelley is a lecturer in the Department of Communication and Media, Faculty of Humanities.

The Zonta prize was awarded for her film A camera on her Lap, shot on a mobile phone during lockdown. The film was made possible with grant funding from UJ’s URC research grant for equipment and a grant from the Ford Foundation. The selection panel released a statement indicating that the film is “Artistic work is reconfigured out of isolation. The wheelchair becomes a dolly into a world of new interrelations.”

A camera on my Lap was the only South African film selected for the International competition section. The prize includes an award certificate and a cash prize of 1000 Euro.

Shelley Barry was awarded a full scholarship from the Ford Foundation to study towards her Master of Fine Arts in Film in the United States and graduated from Temple University in Philadelphia in 2006. Her films span across genres and are largely experimental in style. She often shoots her own films, exploring the aesthetics of cinematography from the perspective of a wheelchair user. She has won multiple awards for her filmmaking, including a SAFTA in 2018.

A camera on my Lap (Synopsis)

Shot on a mobile phone during lockdown in Gqeberha, South Africa, a filmmaker contemplates creating within an unchanging frame of reference.

The film centres around her home, The Blue House, a tribute to Mexican artist Frida Kahlo. Kahlo was her source of inspiration when she became a person with a disability during a turf war in Cape Town in 1996. A camera on my Lap ponders questions concerning representation on the cinematic screen and responds to the challenge of creative practice during a pandemic.

The International Short Film Festival Oberhausen is a catalyst and showcase for current developments, a forum for often controversial discussions, a discoverer of new trends and talents and, last but not least, one of the most important short film institutions worldwide. Oberhausen is the oldest short film festival in the world and the largest festival in North Rhine-Westphalia, with around 7,000 films submitted each year, approximately 500 films in the festival programme and over 1,100 accredited professional visitors annually. 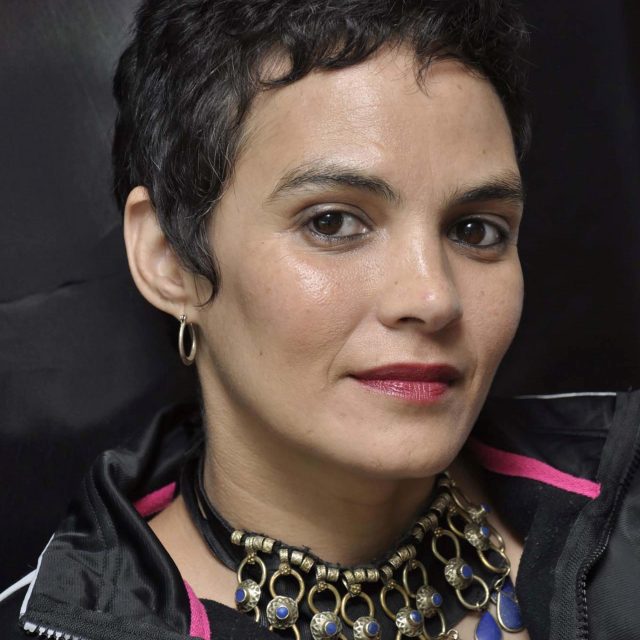