The research excellence of University of Johannesburg’s (UJ) Prof Nic Beukes was recognised at the prestigious National Research Foundation (NRF) Awards when he re-secured an A-rating for the quality and impact of his research outputs over the recent years. The NRF Awards ceremony took place on Thursday, 1 September 2016.

Prof Beukes was one of 12 researchers from Gauteng universities who were acknowledged with A-ratings. These A-rated researchers are unequivocally recognised by their peers as leading international scholars in their field.

Prof Beukes is the Director of CIMERA, the NRF-DST Centre of Excellence for Integrated Mineral and Energy Resource Analysis. In 2015, Prof Beukes was honoured with the UJ’s Vice-Chancellor’s Distinguished Award for Outstanding Researcher of the Year.

His highly productive research career spanning more than 45 years has garnered him both national and international recognition. He is one of the global leaders in Earth Science, as evidenced by his collaborators in countries such as the USA, Brazil, India, Japan, Germany, Canada and Australia.

He is a field geologist specialising in sedimentology and stratigraphy, with emphasis on understanding the origin of iron and manganese ore deposits and the nature of surface environments on early earth. This includes the history of atmospheric oxygen and climatic change in the middle Archean to early Paleoproterozoic.

Among his other research interests, he has worked extensively on iron and manganese formations all over the world, as well as the nature of post-Gondwana land surfaces and associated soil profiles.​ 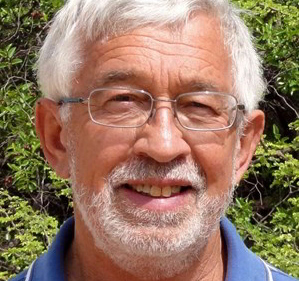