​​Prof Tshilidzi Marwala, Deputy Vice-Chancellor of Research, Innovation, Postgraduate Studies and the Library at the University of Johannesburg (UJ) recently penned an article that illustrates the bottleneck effect of electricity supply in South Africa.

There is a famous photograph of all continents which shows Africa as a dark continent which is virtually not electrified compared to other continents (NASA, 2015). This picture reinforces the reality that Africa remains the most underdeveloped continent in the world.

It is estimated that 83% of South Africans have access to electricity compared to 58% in 1996 (World Bank, 2015). These are impressive statistics but access does not necessarily give a picture of the security of supply of electricity. According to the World Bank (2015), in 2011 of the 260 billion kilowatt hours produced by South Africa, 93% was generated from coal, 5.2% from nuclear and the remaining balance from oil (0.1%), hydropower (0.8%) with renewable energy (0.2%). These statistics reveal that South Africa’s electricity generation is not diverse.

The other problem that these statistics do not reveal is that there are widespread power cuts not for maintenance purposes but because the demand is greater than the supply. Thus the South African electricity problem is not just that it has a long way to go before achieving universal access to electricity from 82%, but also that the security of supply is not guaranteed.

The Narrative of the South African Problem

In 1999 the South African government was advised that given the massive electrification problem South Africa needed to invest in new power stations. Largely due to the massive technical deficit in South Africa’s new political and social elite and the realisation that the advice was coming from the old establishment of the Apartheid era, this advice was not taken. In 2008, the country came to a sudden shock when the demand for electricity exceeded the supply and thus an era of massive electricity blackouts was ushered in. Government then started to build power stations which still have not yet come into full operation 7 years later.

Where lies the problem?

Where lies the problem in the existing generation, transmission and distribution value chain? The politics of electricity is also problematic since the political elites are largely drawn from the humanities. It is telling that there has not been an energy minister since 1994 who has been trained in science, engineering or technology. As a consequence there has not been a consistent policy on electricity. An example of this inconsistency is the fact that there was a policy adopted to separate distribution from generation and transmission and a company called the Electricity Distribution Industry Holdings was established by government – and few years later it was terminated. The skills shortage in the electricity industry has severely limited South Africa’s ability to build power stations as well as monitor effectively the outsourced electricity built programmes, to maintain them, to finance them and to effectively plan intelligently for the future.

What is to be done?

To deal with the problem of electricity all stakeholders, in the political, economic and social space, need to come together to plan together. For example, society should play its role in utilising electricity efficiently, paying electricity bills and eliminating illegal electricity connections. The industrial establishment should come for alternative energy generation and in assisting government to implement the independent power producers (IPPs) policy. Government should come to the party by ensuring sound governance in the state owned electricity companies as well as clear political directives. In essence what is to be done is to reconfigure the political and economic architecture of the electricity industry in South Africa.

A great deal ought to be done in the political space, particularly in relation to bringing better governance and skills to all state owned electricity companies at both local and national levels. Furthermore, government should invest in alternative electricity generation in partnership with industry. An off-take agreement between the Gauteng Government and the University of Johannesburg on exploiting its thin-film solar technology is an example of an initiative that can potentially improve generation capacity quite substantially. Furthermore, government should implement the independent power producers (IPPs) policy and create an environment where IPPs are encouraged to enter the market. The biggest hurdle is the long term pricing policy which should be more predictable to facilitate financing these IPPs.

Government should also encourage efficient utilisation of energy through policy. For example, it is possible to regulate electricity usage by regulating geysers, light bulbs, stoves and fridges. Countries such as Australia are quite advanced in this regard and could provide a good case study for South Africa. Most importantly, government must lead by example by ensuring that government offices are equipped with energy efficient devices and roof-top photo-voltaic technology is deployed in all government offices. State owned enterprises are not going to run efficiently unless there is a strong participation of private industries where the skills depth is higher and government must come up with innovative private public participation (PPP) that benefit both government and industry to capacitate the electricity industry.

An example is the PPP between the City of Johannesburg and industrial players with regards to the Kelvin power station. Government should look at this PPP to draw lessons on how future PPPs are structured to ensure the maximum satisfaction of all role players. Government also needs to come up with an unambiguous energy mix rather than a conflated message which leaves doubt as to how much nuclear energy we are going to acquire.

Industry must create business around efficient energy usage. Industries around gas as source of energy should be expanded beyond few suburbs. Energy companies such as Sasol that are building gas pipelines from Mozambique are moving in the right direction but the scope should be expanded. Industries around roof top solar technologies, solar geysers and other appliances need to be developed and expanded.

Homeowners are currently discouraged from using the abundant sunshine available in this country for anything other than geysers, because the government and Eskom have neglected the need to reward energy producers financially by allowing them to feed surplus energy produced during sunny days back into the grid as is possible over most of Europe and much of North America. This use of solar panels on roof-tops is subsidised in many parts of the world to encourage homeowners to invest in their own future electricity security. Thousands of these small generators combined could make a significant contribution to the generation shortfall in an ecologically sound and sustainable manner. The consequence of this would be an expansion of the job market and thus the reduction of unemployment. Industry around maintenance of our electricity infrastructure should be developed and the latest mechanisms for the management of inventories should be applied. This would have an impact on the maintenance and replacement schedule. The South African electricity industry should move from a scheduled to a predictive maintenance philosophy where it is possible to predict electricity failure in advance using technologies such as artificial intelligence and big data (Marwala, 2012). We need to use technologies such as remote sensing to monitor and manage coal stock-piles.

We need to educate our society to become energy conscious. There is no need for a street light or an electricity bulb to be on during the day. We should create incentives where customers are rewarded for using less electricity and penalise those who use more electricity than the global standard.

In conclusion, as South Africa we have what it takes to deal with the energy utilisation problem in such a way that we reduce the aggregate carbon footprint. However, to ensure success, we require skills, political will, partnerships amongst role players and social mobilisation. We need to relook at our energy mix, bearing in mind the issue of carbon footprint.

Prof Tshilidzi Marwala is the Deputy Vice-Chancellor of Research, Innovation, Postgraduate Studies and the Library at the University of Johannesburg (UJ). 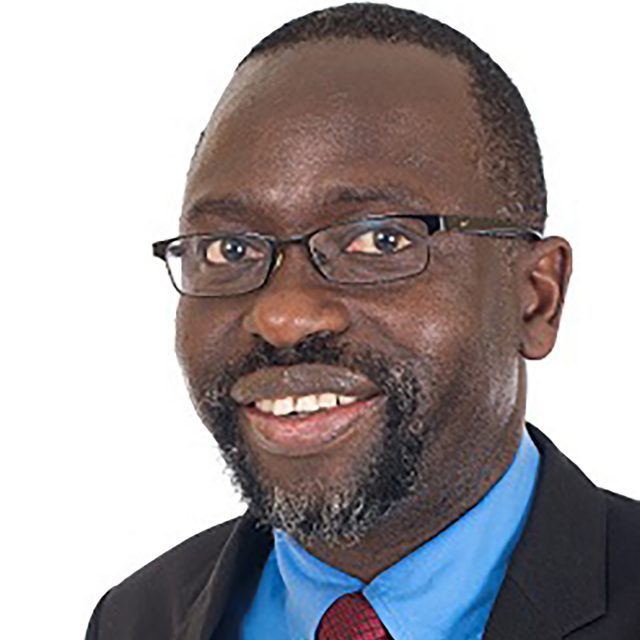