​​​​Is the rainbow nation dead or on life support? If not, why do certain media only report on crime victims in black communities and some only white crime victims in affluent communities? These were some of the questions that were raised during the Diversity conference on Wednesday, 18 September 2013 on the University of Johannesburg (UJ) Bunting Road Campus.​

The conference, a collaboration between UJ and the Desmond Tutu Foundation, was organised around the theme “How far have we come, how far to go”. The aim of the conference was to engage social science experts together with members of the public to find solutions on enhancing what works in fostering diversity in higher education, civil society, the private sector, and reflecting on the national depiction of diversity in South Africa.

Adriaan Basson, Deputy Editor of City Press said he finds himself asking questions that should be addressed when talking about diversity. Some of the questions were that if one sees a group of white students at a university sitting together separately, and another group of black students sitting together separately, would that be a problem? Why are there less music collaborations between musicians from various backgrounds? Basson’s questions raised concerns that reflected young South Africans’ viewpoints on diversity and that of the daily issues people face when dealing with race, modern lifestyles and people’s relations in communities.

Prof Melissa Steyn, Professor in Diversity Studies at Wits University, who was one of the panelists during the conference, was of the opinion that the people of South Africa “have learned to be together separately,” painting a picture that people have embraced diversity, but did not fully reflect a true sense of ‘togetherness’.

Throughout the conference, it was emphasised that dialogues around diversity must be intensified and people should not assume that South Africa was a true reflection of a rainbow nation. Prof Julian Sonn, Professor at the Business School at the University of Stellenbosch – who teaches Diversity Management, Leadership Development and Transformation – also one of the panelists at the conference, emphasised that when people do not show compassion and care for one another, trust often becomes eroded. He highlighted that storytelling of different cultures could be one of the tools that must be used to ensure people understood each other’s identity and race relations.

It was encouraged that people talk openly about race so that it becomes easy to understand how people relate to each other. Dr Brigalia Bam, Former Chair of the Independent Electoral Commission (IEC) and also former General Secretary for South African Council of Churches (SACC), praised South Africa as one of the diversified nations in the world. “South Africa has become a major destination for most Africans because of dire poverty and other civil societal problems in these African countries. We have to be ready to live and accept living together and embrace one another. We have to deal with xenophobic remarks our attitudes toward those people,” she said.

Ultimately, the intriguing aspects raised at the conference provoke thought on the positive aspects South Africans wish for the well-being of the society and universities at large. Vice-Chancellor of UJ, Prof Ihron Rensburg said: “the 38% of academics who are black are a huge concern for the University. By the year 2030 we want to see the University having a 50/50 ratio where 50% of academics are black and that is a modus step change we need to make”. He also spoke to all the transformation and diversity matters that the University was addressing, saying that it was important that UJ align with the pursuit for global excellence and stature.​​ 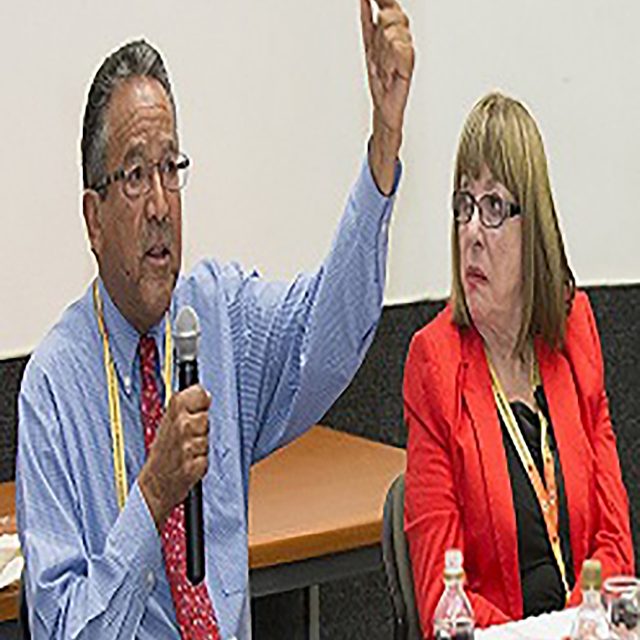