​It was a cold but electrifying night as the University of Johannesburg (UJ) boys thrashed Nelson Mandela Metropolitan University (NMMU) 3-0 in a Varsity Sport football match at UJ’s AW Muller stadium on Monday, 28 July 2014. This was a first win for UJ – beating last year’s finalists – after an opening goals galore draw (2-2) against the University of Western Cape Town (UWC) in Bellville last week Monday.

The UJ boys displayed flair on the pitch and controlled the game well, with loud cheering from the crowd boosting the players’ morale. The first half of the match ended goalless as both teams failed to convert their chances.

Midfielder Ponshu Nyathi put UJ in the lead ten minutes into the second half of the match after a well-executed flow of play. The crowd went ballistic when UJ’s Nyathi scored a second goal from across the left wing, beating Madibaz’ goalkeeper Lyndsay Jennings. Nyathi was the FNB Man of the Match – walking away with a R2000.00 prize money.

Under the stewardship of one of South Africa’s former international footballers, Bradley Carnell, the UJ boys proved that they are serious about their participation in the Varsity Sport tournament. UJ’s Tebogo Mandyu dribbled past an NMMU defender in the 80th minute to cement UJ’s win of 3-0 over the Eastern Cape team, as he beat Jennings through an easy pass into the goals.

Speaking after the winning game, UJ coach Carnell said they kept to the same game plan throughout the match. Carnell expressed his delight to work with the boys and said he was looking forward to the next match: “I’m glad we took our chances and that earned us three points, that’s what is important. The boys showed character and they prepared well for this game. I’m impressed with the way the boys play, and I believe we can go all the way through,” he said.

The flamboyant UJ cheerleaders, pyrotechnics, good music and whistling fans made a Monday evening feel like a weekend. With UJ adding to their winning tally, the first home game did not disappoint the fans. 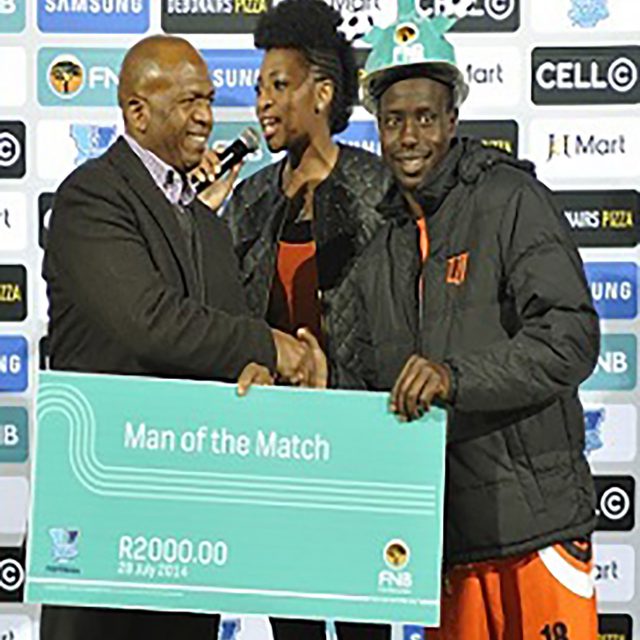