​Varsity Cricket kicked off on Monday, 25 January 2016 and the University of Johannesburg (UJ) Cricket Team clinched their five match wins, getting closer to a ticket in the semis. The UJ Cricket Team are the only unbeaten team in the tournament thus far, heading into the last day of round-robin matches this Friday (29).

Most of the credit for UJ’s early success this year belongs to their batsmen. But, on Thursday, their bowlers did well in winning the game.

“Until Wednesday, yes, you could say our batsmen were the reason we were doing well,” UJ Cricket coach Richard das Neves said. “But, in our two games on Thursday, the bowlers really came to the party. I spoke to them on Wednesday night and asked them to step up and they did.”

In their first game on Thursday, UJ played against the Madibas from Port Elizabeth.

New-ball bowler Chad Classen was tighter than a loan shark in keeping the runs down to nine in his three overs, while the left-arm slow poison of Harry van Straaten and Delano Potgieter’s slippery seam were good for five wickets between them.

In their second game on Thursday by starving Pukke’s batting line-up to a total of 143/8. This time, Keith Dudgeon’s piercing pace did the business with a haul of 3/24.

UJ put their target out of its misery with 14 balls to spare. Clearly, Potgieter’s undefeated 88 off 57 balls was too hot for Pukke’s bowlers to handle.

Importantly, UJ’s players are sharing the responsibility for staying on the victory path – a vital aspect in a tournament where the games come thick and fast.

“In an event like this, you’ve really got to make good use of your squad,” Das Neves said. “We’re getting the most out of our 14 players.”

All of UJ’s men have had at least two of their completed games. Four have played in three matches and the remaining eight have turned out in all four of their games.

The UJ Cricket team is eyeing the final, if they win at least one of their two matches today. 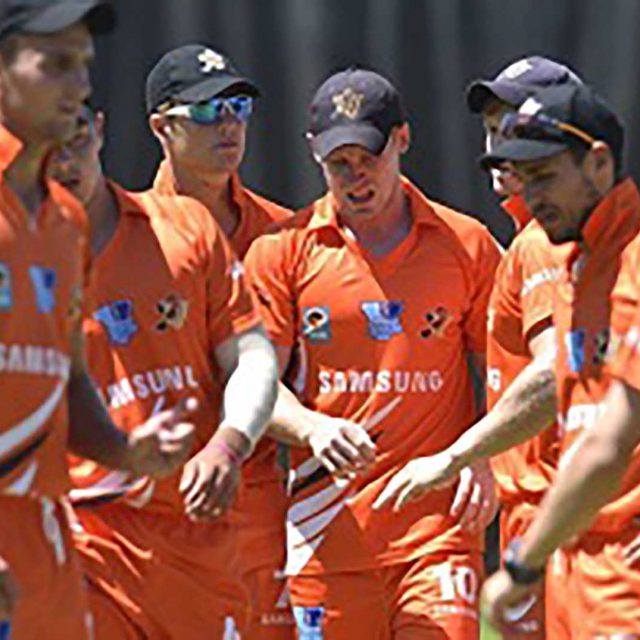