Starting the year in fine form, the men’s cricket team of the University of Johannesburg (UJ) were crowned champions of the 2021/2022 Enza Premier League on Sunday, 13 March 2022. UJ won their last match by 5 wickets against the Old Parktonian Cricket Club.

“It is quite a surreal feeling for the boys [UJ Cricket Players]. It is more about the club, the University, and the players. This is special and we are really happy that we could achieve this,” says Siyabonga Sibiya, Club Manager and men’s cricket team Head Coach.

The team played 15 games throughout the league, winning 10 games against clubs such as the Old Parktonian, Jeppe, Marks Park, Gunn and Moore Old Edwardians, Wanderers, Soweto Pioneers, Kagiso and Big Boom Lenasia. In the league, UJ only lost to Wits, Jeppe and Big Boom Lenasia Cricket. One game was abandoned on 30 January 2022 against Randburg Cricket Club due to bad weather.

“At UJ, there’s a winning mentality culture which is always on our players’ and staff’s minds. Although we do not want to worry our players to think about it every time they play, we know that the end goal is to win the league. We spoke about earning the respect of our cricket community and we have done just that,” explains Coach Sibiya.

Sibiya, who joined the UJ Cricket Club in September 2021, says that one of the objectives he had set for the team was to build a stronger, balanced and cohesive team. This included working on the players’ cricket IQ and adopting his philosophy quicker. This, he says, had an impact in leading the team to winning the league.

Before starting with a six-week strength-training programme, they players will enjoy a two-week break.

“I would like to win another trophy or two in the near future. However, right now we continue to building the team and nurture a culture that knows winning as the only option. We’re also still enjoying this moment after being crowned champions of the ENZA Premier League,” adds Coach Siyabonga. 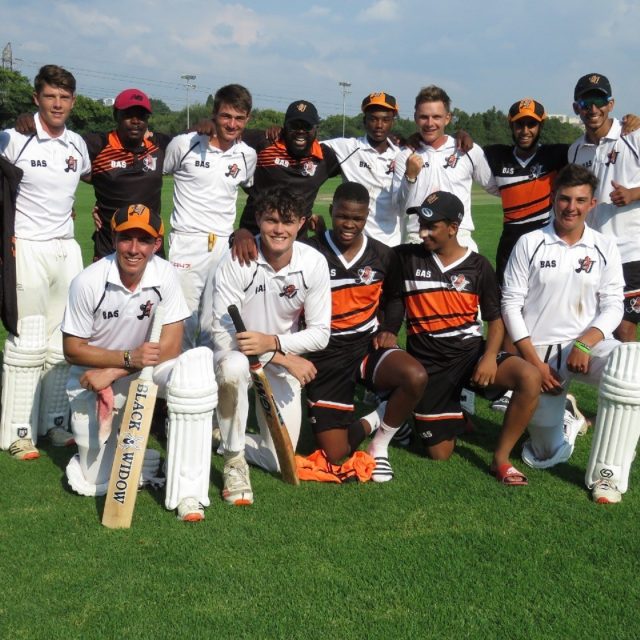