From the 20th of June 2015, the University of Johannesburg (UJ) choir is off to a world tour in Germany (Berlin), Poland (Poznan and Torun) and Slovakia (Bratislava).
Choir Master Renette Bouwer will be one of the 48 UJ representatives going on tour. “We have some exciting and wonderful African music which will be presented with drums and dance. We had to prepare a programme with indigenous South African music for the Polish leg of the tour and have included works of SA composers such as Peter Louis van Dijk and Niel van der Watt in the serious part of our programme.”
Bouwer and the choir were invited by one of the organisers of the Universitas Cantat while she was adjudicating at the World Choir Games in Riga, Latvia, in July 2014. “There was an application process and we were accepted and hand-picked to be one of 10 University choirs to take part,” continued Renette.”
In addition, the tour will aid with maximising of resources; building networks and partnerships; and heightening the cultural exchange capital.
The choir will perform at the famous Berlin Cathedral in Berlin during a church service on Sunday evening, on 21 June. Where after they will move to perform at the Universitas Cantat festival from 24 until 27 June, in Poland. The choristers will be also be guest performers at the Per Musicam Ad Astra festival on the 28th and 29th of June, in Torun. The choir will conclude their whirl wind tour by travelling to Slovakia where they will showcase South Africa’s colourful tradition of Folk music at a Folk Music Competition in Bratislava from 2 to 5 July.
The last time the UJ Choir went overseas was in January 2011 when the 2010 Choir performed in New York. The choir also won the category for Traditional Music at two international choir competitions in 2008 and were the only South African choir to perform at the 8th World Choral Symposium in Copenhagen, Denmark. In 2006, they toured to the Czech Republic, Austria, Germany, Liechtenstein, Belgium and the Netherlands to promote UJ abroad. They won a Gold Award at the 16th International Festival of Advent and Christmas Music and a special jury prize for Multicultural Achievement.
On 23 October this year, the 2015 UJ choir will host a UJ 10 Year Celebration Concert in the Auditorium on the Auckland Park Kingsway Campus. They will perform their tour programme in the first half and be joined by UJ Choir Alumni to perform a Requiem for the Living by Dan Forrest with orchestra in the second half.​ 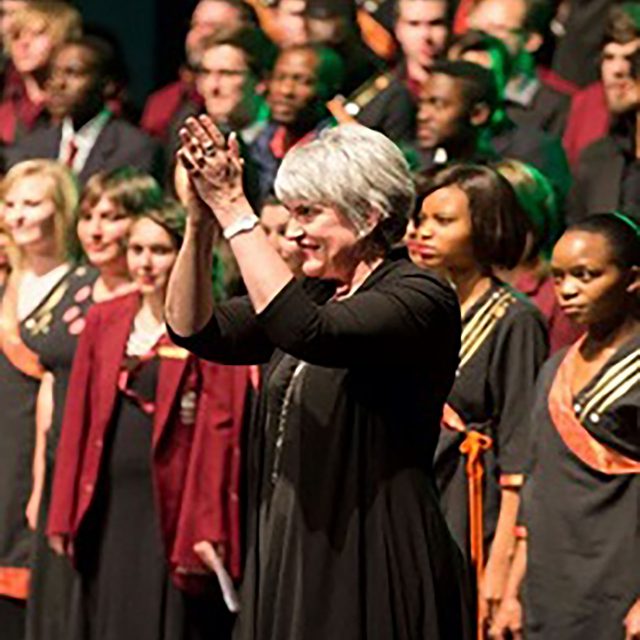