“One is not born a woman. One simply becomes one.” These were the opening words of University of Johannesburg (UJ) Registrar, Prof Kinta Burger – who doubled as the graceful emcee of the day – at the University’s Women’s Day celebration #UJCelebratesWomen2015, on Wednesday, 5 August 2015.

The quote by the famous French feminist and philosopher Simone de Beauvoir was only the beginning of what was to be a mini retreat, filled with replenishing inspiration under the theme Raising Men. The guests of honour, including the newly crowned Miss South Africa 2015 – UJ Alumna Liesl Laurie, were equipped with tools to continue being impactful leaders in their personal lives and also in the public service.
Prof Ihron Rensburg, the Vice-Chancellor and Principal of UJ was one of the only three men who managed to earn an invitation to the prestigious event (joined by UJ’s Deputy Vice-Chancellor: Finance, Jaco Van Schoor and UJ official photographer Jan Potgieter). Prof Rensburg confessed that despite it being a Women’s Month celebration, he always looked with great expectation to the annual event. “The team outdo themselves and find meaning to the sustained pursuit of global excellence,” he said as he congratulated the UJ Library staff for organising the event during his welcoming address.
He was accompanied by his wife, Chairperson of the Small Enterprise Finance Agency (SEFA) Board Dr Sizeka Magwentshu-Rensburg, who dedicated her toast to women of compassion and perseverance.
South Africa heralds its women in the month of August, dubbed Women’s Month.
The official #UJCelebratesWomen2015 proceedings started off with a distinguished panel discussion by parenting coach, Ms Kim Anderssen; Wits associate Professor in African Literature and author, Dr Pumla Gqola; ‎Researcher at UJ’s Centre for Social Development in Africa, Ms Tessa Hochfeld; and Ms Jacqui Mofokeng. The lively discussions were facilitated by former TV talk show host Noeleen Maholwana-Sangqu.
The panel, answering questions posed by Maholwana-Sanqgu, spoke in-depth on the role of surrounding children with role models who represent behaviors that don’t conform to negative stereotypes. “We need to become conscious parents. That includes un-teaching harmful things our kids learn from society,” said Dr Gqola. She continued, “We can agree on values. On teaching our kids integrity.”
After the educational dialogue, the women in the room were inspired by the moving story of international inspirational speaker Alison Botha, who was abducted, raped, stabbed approximately 53 times, and survived to tell her story. Botha spoke on the importance of reminding oneself of the strength that lies inside, “As women we tend to forget to say ‘wow, 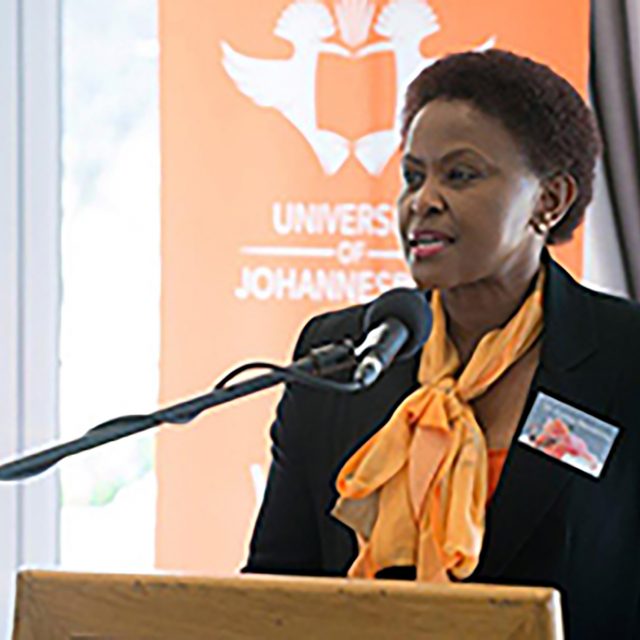