One of the foremost African scholars, political writer, the late Professor Ali Mazrui, was honoured in celebration of his life at the University of Johannesburg (UJ) on Tuesday, 5 May 2015.​ 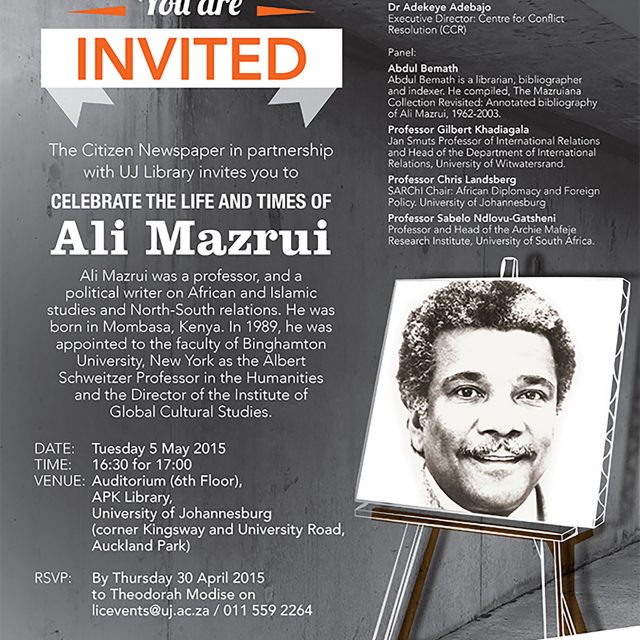