UJ Campus Librarian gets recognition for her lasting contributions

She was recognised for her ‘lasting contributions in the Library and Information Services (LIS) community.’ She walked away with R30 000.The first runner up was Ms Christelle Lubbe, Chief Librarian: Bellville Public Library in the City of Cape Town. Third place was awarded to Ms Elsabe Olivier, Open Scholarship Manager: University of Pretoria. Nine librarians in the nine provinces entered the competition.

Prior to receiving this prestigious award, Ms Paris also won the provincial (Gauteng South Branch) LIASA first prize of R1 500, and a trophy, which automatically qualified her for the national competition.

Ms Paris, who is a trained life coach, youth worker, community activist and motivational speaker, has been working in the field of librarianship for the past 28 years. She contributed to the professional development of numerous librarians and information workers serving the LIS sector, and is known as “the community’s librarian, or people’s librarian”.

​She was past-recipient of a US Aid fellowship in 1996, and travelled to the USA to investigate information literacy. She was also the Africa Secretariat for The International Association for Social Science and Technology (IASSIST), as well as a member on the Board of Directors for the South African Data Archive and Phumani Paper, respectively. Among her achievements, she lists establishing law resource centres as a highlight, as was being instrumental in the development of the TWR and UJ archives. She has delivered numerous presentations and papers, wrote a collection of 100 poems, and is currently writing a book called ‘Being the Seed,’ which is about her mother’s legacy.

Ms Paris’ philosophy in life is inspired by John Ruskin’s expression that says “when love and skill work together, expect a masterpiece.”

The ‘Librarian of the Year’ competition was sponsored by Universal Knowledge Software (UKS), who also donated the first prize of R30 000. EBSCO Publishing and Information Services sponsored the second prize of R20 000, and SABINET sponsored R10 000 awarded to the third prize winner.

The prize money can be used for educational purposes only, which could include visits to relevant institutions locally or internationally, attending relevant conferences or to further studies.​ 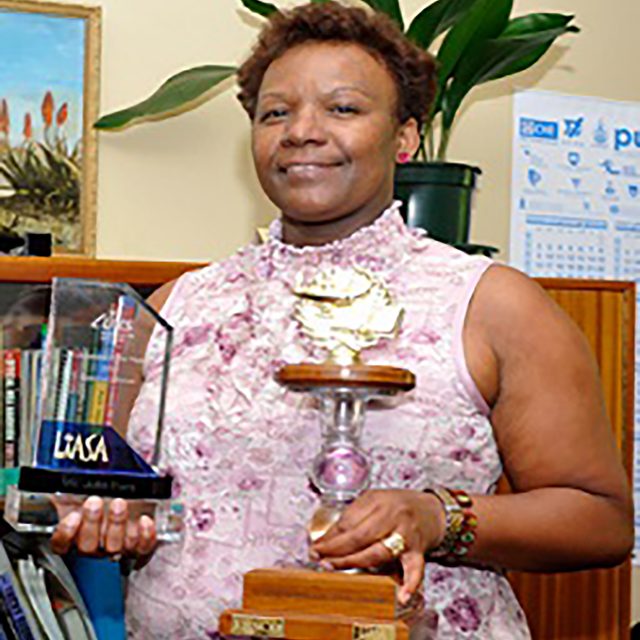