​​​​​​Dr Ntakadzeni Edwin Madala from the Biochemistry department at the University of Johannesburg (UJ) was elected as the Metabolomics Representative for South Africa on the South African Association for Mass Spectrometry (SAAMS) committee for the period 2015-2017.​

He was elected in August 2015. Dr Madala is a member of the Research Group for Plant Metabolomic Studies at UJ. The research group was established in 2007 under the leadership of Prof Ian Dubery in the UJ Department of Biochemistry and Prof Paul Steenkamp from the CSIR.

Using Metabolomics approaches, the scientists can tell which varieties of a plant will do better in a drought area, or will bear more seed, or which varieties actually contain the ingredients that go into plant-derived medicines sold in pharmacies.

To do this, specific chemicals inside the plant have to be analyzed using a combination of analytical techniques and multivariate statistical models.

At UJ Biochemistry, Dr Madala analyses polyphenolic compounds which are produced by plants when they experience stress.

For instance, if an insects start eating a plant, or a pathogen attacks a plant, the plant will start producing secondary metabolites which are unpalatable to the attackers, to defend itself. To make these defensive chemicals, the plant re-adjusts its metabolism so that much of the energy from sunlight, atmospheric gases and nutrients from the soil initially meant for growth and development is channeled towards defense instead.

“Some of these defensive chemicals that the plants make may be useful for human health as well. We need to remember that plants don’t make chemicals to be nutritious food or medicine for us. They make the chemicals to survive,” says Dr Madala.

“Interestingly, some of these defense compounds such as polyphenolic flavonoids are known to possess some anti-microbial activities and other general pharmacological activities. At the UJ metabolomics group we’re looking at some of these compounds using chromatographic techniques hyphenated to mass spectrometry (MS),” he says.

“One of the plants we’re studying at the Plant Metabolomic group here at UJ is the highly sought-after Moringa plant. Much has been said about this plant regarding its potential pharmacological activities such as anti-diabetic and anti-HIV, however, little is known about its chemistry. So we are collaborating with Wits, the CSIR and the Agricultural Research Council to study the chemical constituents of this plant.

“The data achieved from Moringa is currently being compared to those achieved from other plants such as underutilized green leafy vegetables. In addition, ways in which these chemicals can be enhanced are being investigated using in vitro cell cultures of this plant challenged with pathogen-derived elicitors,” concludes Madala.

Other research at the UJ Plant Metabolomic group include:

Through collaboration with North West University and the University of Free State, quantum chemistry models and in silico protein docking studies of desired plant-derived compounds are investigated.

Environmentally-friendly methods that use water instead of harsh chemicals are investigated as an alternative approach for enriching polyphenolic medically-important compounds from plant material. 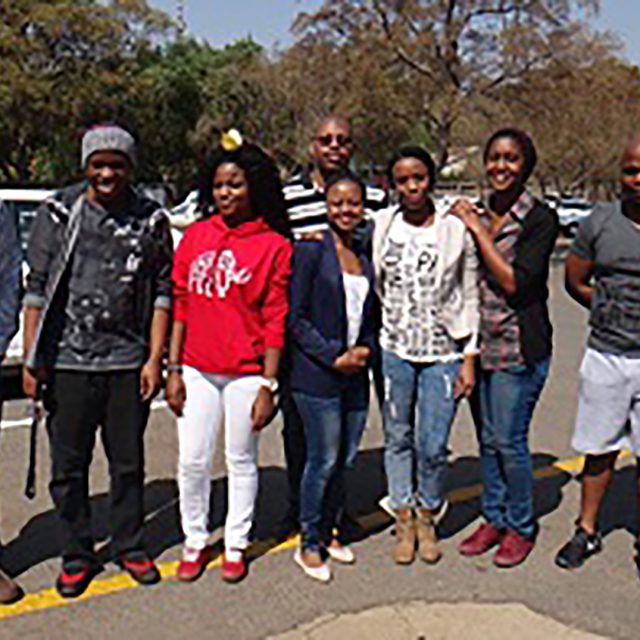