More than 245 first-year students at the University of Johannesburg (UJ), having obtained an average of 75% or more in their June 2012 examinations, have been acknowledged and celebrated by Prof Ihron Rensburg, Vice-Chancellor and Principal during a luncheon at the Auckland Park Kingsway Campus on Friday, 21 September 2011.
This year produced the third highest number of top achievers since the inception of UJ. In 2005, the first-year top achieving group amounted to 239, followed by 200 students in 2006 and 2007. The years 2008, 2009 and 2010, produced 189, 195 and 326 top achievers, respectively. In 2011, the first-year top achieving group amounted to 320.
Three students obtained an average of 88 plus per cent. Charity Chisoro obtained an overall average of 90.20 per cent, and is studying BA Development Studies. Johanna Swart received a more than meritorious second place with an average of 89.80 per cent. Swart is studying towards BCom Accounting. Nicholas Harvey is studying Bing Mechanical Engineering achieved an average of 88.17 per cent.
Five top achievers matriculated from UJ Metropolitan Academy. The school community was established in 1992 by the then Rand Afrikaans University as part of the institution’s social responsibility programme.
Guests invited to attend this prestigious function include representatives of the schools where these top achievers matriculated, accompanied by their headmasters and members of their leadership bodies. 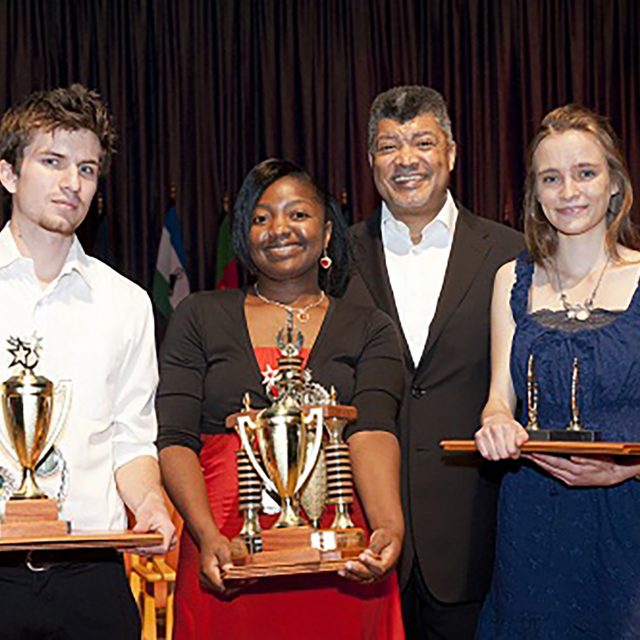