Two of University of Johannesburg (UJ) students added to Team South Africa’s medal tally, as they settled for silver and bronze in the long jump on Wednesday, 30 July 2014 at the Commonwealth Games. Zarck Visser (silver) and Rushwahl Samaai (bronze) first garnered two of the four medals that Team SA scooped on the night, before Wayde van Niekerk (silver in the 400-metres) and Sunette Viljoen (silver in the javelin) added the last two later on.​

Visser’s best jump of the night was his second effort of 8.12-metres, while Samaai opened with an 8.08-metres and was unable to improve that as Olympic champion, Greg Rutherford, took gold with an 8.20-metres jump.

The UJ students were delighted about their wins. “We had fun out there, that’s the most important thing. It’s a huge breakthrough in my career as I’m still young [22-years-old],” said Samaai, a Transportation Management student here at UJ.

Visser also echoed his jumping partner’s sentiments. “It is a huge breakthrough. After my disappointments at the World Championships last year, I told ‘Rush’ that qualifying is the most important thing because once you’re in the final, that’s where the fun begins. I know I have talent and I think I could have gotten gold, but tonight I had to settle for silver,” said Visser.

Visser added: “Now we have to pray for maybe gold and silver at next month’s African Championships in Morocco.”

Team SA now have nine gold, 10 silver and 12 bronze medals for a total medal tally of 31, after seven days of competitive action in the Commonwealth Games.​ 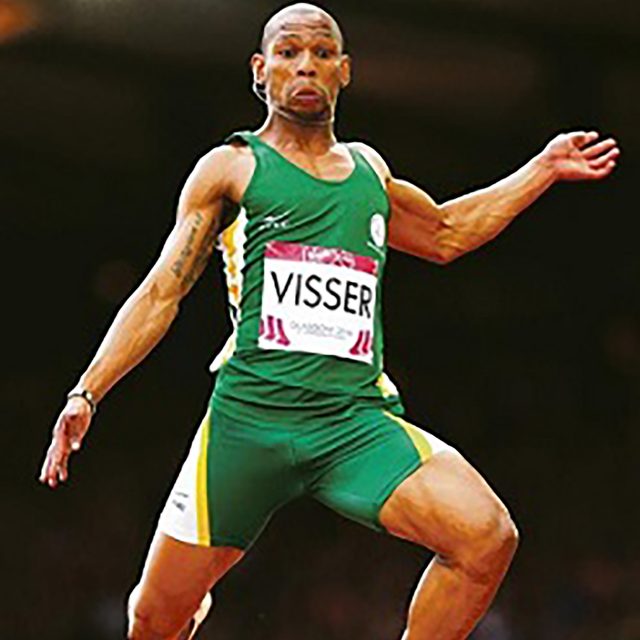