​​​​The University of Johannesburg’s (UJ) top athletes with disabilities made a strong showing at the 2015 Gauteng Sports Awards, which took place at the Silverstar Casino in Johannesburg on Sunday, 11 October 2015.​

The Institution’s Para-Rowing team claimed their second consecutive Sports Team of the Year Award, while Paralympian Andrea Dalle Ave secured his first Sportsman of the Year with a disability title.

UJ Rowing Club manager, Carol Blignaut, said her rowers were pleased and surprised to have won again this year.

“The team deserve all of the accolades that they have received because of their relentless commitment to rowing, which is not an easy sport,” said Blignaut.

She said that while it was difficult to single out individuals within the team, certain rowers had achieved notable success this season.

Blignaut pointed to Dieter Rosslee and Shannon Murray, who claimed the first international para-rowing gold medal for South Africa in the LTA mixed doubles at the Gavirate International Para Rowing Regatta in Italy earlier this year.

Their teammate Willie Morgan was identified as one of World Rowing’s rising stars for the month of June.

As a team the UJ rowers have had considerable success, placing fourth at the World Rowing Championships in 2014 and following that up with a fifth place in this year’s competition, which took place in Aiguebelette, France, in August.

Their performance at this regatta also allowed them to qualify the boat for the Rio Paralympics 2016.

“This will be the focus for the team going forward, so they will spend the majority of their time during the next year on training camps,” said Blignaut.

Because rowing was a relatively new sport for students with disabilities (SSD) at UJ, she said many students and members of the public were not aware of the para-rowing option.

“We hope that this award will create more exposure and get more students interested in signing up,” she said.

Blignaut was also nominated for the Administrator of the Year Award.

“It was a great honour to be considered and I would like to thank UJ Sport, USSA Rowing and RowSA for providing me with the opportunities, and my family and friends for the support,” she said.

“When my name was called I remained seated and only when my date Ané Venter and sprinter Akani Simbini told me to go up I started to realise I had won.

“Then all the joy and excitement took over. It was one of my greatest achievements and one I will never forget.

“I hope that that this win can inspire other disabled athletes to take up a sport and get active,” he added.

“I felt that all three of us stood a chance of winning. We all had phenomenal sporting CVs this year,” said Dalle Ave.

The 22-year-old set a new continental record in the T31 category when he jumped 6.05m at the Nedbank National Championships for the Physically Disabled in April.

“Maybe my African record is what pushed it for the win, or perhaps it was my charity work with the cancer foundations but I can’t be sure.”

“I’m hoping I can achieve a new personal best and African record in my long jump and if I can do that I should also be in medal contention.

“After that I am looking forward to a long-awaited rest,” said the award winner, who is eyeing a second Paralympic outing in Rio.

His UJ jumps coach Emmarie Fouché was also nominated in the coach of the year category.

Other nominees affiliated with the university were UJ Volleyball (team of the year), Leandri Geel (most promising athlete) and UJFM’s The Sports Network with Andrew Hope (sports programme of the year). 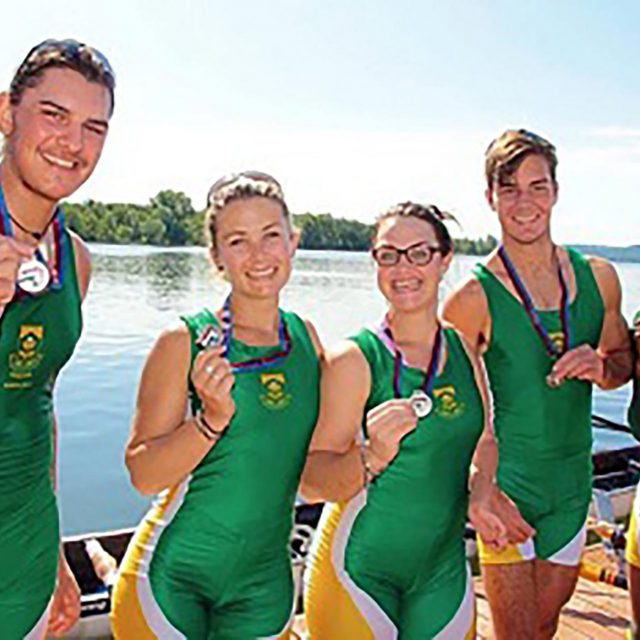