​​The University of Johannesburg’s (UJ) Arts & Culture has announced the details of EVOLUTION X – a bold and provocative performing arts programme for 2015.

“Anniversaries are markers for both celebration and reflection,” said Head of UJ Arts, Ashraf Johaardien, explaining that UJ is the result of a 2005 merger of the former Rand Afrikaans University (RAU), the Technikon Witwatersrand (TWR) and the Soweto and East Rand campuses of Vista University. (Prior to the merger, the Daveyton and Soweto campuses of the former Vista University had been incorporated into RAU.)

“With UJ’s ‘Rethink. Reinvent’ positioning as our X-axis, and Darwin’s theory of evolution as our Y-axis, we have plotted the creative co-ordinates of a programme that not only celebrates ten years of arts and culture excellence – but which looks back at where we come from and ahead to where we want to be. With signature productions, projects and collaborations ranging from hallmark classics to cutting-edge contemporary works EVOLUTION X imagines a journey from then to now, and into the next ten years.”

2015 Matric set work, THE CRUCIBLE by Pulitzer-winning playwright Arthur Miller, directed by Alby Michaels, officially launches EVOLUTION X during April. Set in colonial Massachusetts, during the Salem Witch trials of 1692, Miller’s play is based on actual events where greed and vindictiveness fanned the flames of religious fervour until they almost destroyed an entire village. UJ Arts & Culture also plays host to another production of a set work play: Think Theatre’s production of OTHELLO, which returns to the Arts Centre during May for the fifth consecutive year.

The ‘Creatives in Conversation’ series, which was launched leading up to the #CreativesMakeItHappen ACT | UJ Arts & Culture Conference, continues from 23 April through to 21 May. This series of free public engagements with creative experts has been curated as a platform for those engaged in the creative industries to take the conversations of the 2015 Arts Conference forward. Visit www.creativeconference.co.za for conversation details and RSVP information.

WHAT THE WATER GAVE ME by Rehane Abrahams was the recipient of a Silver Ovation award at the 2014 National Arts Festival and is a Naledi Awards nominee for Best Production: Cutting Edge. Aptly described by Robyn Sassen as “a beautiful tale of spice, horror and colourful fish,” this solo work weaves the worlds of four characters and a storyteller together into a redemptive and transformative theatrical experience. The production, featuring Cheraé Halley, is directed by multi-award-winning Jade Bowers and returns to the boards at the National Arts Festival, Grahamstown for a limited season of five shows only at St. Andrew’s Hall from 6 July.

#TOYITOYI is a student dance work, which new UJ Arts associate choreographer, Kieron Jina, has been commissioned to devise with the student finalists from the 2014 UJ CAN YOU DANCE? competition. Jina envisages a celebratory performance piece, incorporating dance, video, and sound design that will explore the toyi-toyi as a form of cultural expression “reborn and remixed for 21st-cCentury South Africa”. The production will debut in the Centenary Hall, at the Grahamstown Festival on 8 July and return to the UJ Con Cowan Theatre for a Johannesburg run from 29 July.

HORROR STORY by Greg MacArthur and directed by Alby Michaels for the Student Theatre Festival in Grahamstown is a South African premiere featuring UJ students Ebenhaezer Dibakwane and Sheraad Jacobs as two 16-year-olds living in the suburbs of Johannesburg. In the play two teenagers attend the screening of a brutally graphic horror film based on true events. Becoming obsessed with the movie, they decide to make a pilgrimage to the site where the actual murders took place to uncover the truth behind the myth. With lighting by Sizwe Moloko and AV by Rowan Cloete, the production will play the Monument Rehearsal Room in Grahamstown on 10 and 11 July, and return to the UJ Con Cowan Theatre on 26 August.

Presented in collaboration with Jade Bowers Design and Management, Neil Coppen’s TIN BUCKET DRUM features Warona Seane and Matthew MacFarlane, and is directed by ACT impact Award winner for 2014, Jade Bowers. A fresh twist on the traditional conventions of African storytelling, the play follows the story of Nomvula, a spirited child born with a revolutionary heartbeat into a cruel and silent dictatorship. Following a run in St. Andrew’s Hall at the Grahamstown Festival the production will be presented in UJ Con Cowan Theatre from 11 to 22 August.

An invitation to participate in the prestigious Universitas Cantat sees the UJ Choir embarking on an international tour to Poland from 24 to 27 June with 3 concerts followed by a folk music competition leg in Bratislava, Slovakia from 2 to 5 July and their way home, the Choir links up with Strathmore University Choir in Kenya for two concerts on 7 and 8 July. Choirmaster Renette Bouwer is responsible for vocal and aural training in the Western music repertoire supported by Sidumo Jacobs who is the coach for the African repertoire.

According to THATSOQUEER Festival Ambassador, Professor Federico Freschi, “In keeping with UJ’s core values of imagination, regeneration, conversation and an ethical foundation, THATSOQUEER reminds us that regardless of our race, gender, religious convictions or sexuality, we have a moral obligation not only to honour who we are, but more importantly to respect and celebrate diversity.” The festival launches at UJ and surrounds on 28 September.

Engineering student Tumelo Letsheko was crowned winner of the UJ CAN YOU DANCE? competition last year. Presented in partnership with The Forgotten Angle Theatre Collaborative (FATC), the aim of the competition is to excavate and nurture the dance talent of UJ students. The format for 2015 will be extended to include UJ CAN YOU SING? Online auditions, campus auditions, a boot camp and semi-final rounds in the UJ Arts Centre Theatre in front of live audiences will be followed by final rounds for each discipline where the top 10 will battle it out for bragging rights as UJ’s Best Singer and Best Dancer respectively.

Wrapping up the EVOLUTION X performing arts programme is MADE IN SA: UJ Arts & Culture’s contemporary and new South African plays initiative. Aimed at living playwrights and their potential audiences, MADE IN SA, seeks to extend the life of contemporary South African plays that have shown promise but which have only had limited exposure. In addition, new South African plays that have not yet been produced will also be considered. Interested playwrights are invited to submit a brief synopsis and ten-page sample of their produced or unproduced plays to theatres@uj.ac.za. Due to limited staff capacity only single submissions from the same author will be considered within a 12 month period and note that the typical response time for submissions is 8 to 12 weeks.

In addition to the public-facing programme outlined above, a robust range of arts platforms are offered on all four UJ campuses for students, staff, alumni and the general public to experience and engage with emerging and established Pan-African and international artists drawn from the full spectrum of the arts. For regular updates follow @UJArtsCentre on Twitter and join University of Johannesburg Arts & Culture on Facebook. ​ 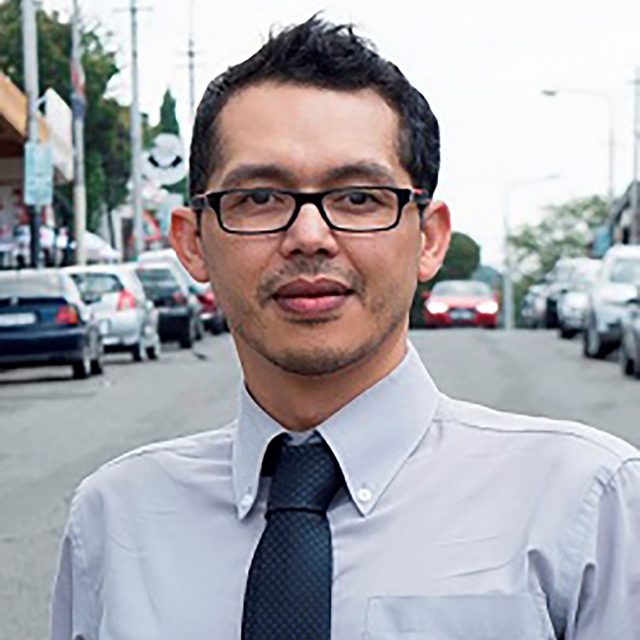