​​​Former UJ rugby captain, Rudy Paige, is ready to don the national rugby team jersey in England following his addition to the Springboks squad for the much-anticipated 2015 Rugby World Cup later this month.​

“I am very excited about the opportunity that I have been given to represent my country at the world’s biggest rugby showpiece. I cannot wait to pull that Springbok jersey over my head,” said the 26-year-old Paige.

The rugby prodigy worked tirelessly to harness his skills over the years so that he could take on the coveted number nine position in the Springbok squad. “Coming through the ranks at UJ, then with the Lions and the Bulls, has prepared me for the challenges ahead”, said Paige.

Paige hailed his previous coaches that moulded him and helped him develop his skills to fulfil his deepest desire to represent South Africa one day. UJ rugby club manager, Mr Jimmy Potgieter, said the University was thrilled with Paige’s selection and that he had always stood out as an exceptional player and captain.

“He came to us with a contract from the Lions rugby union and right from the start he established himself as a great leader, both on and off the field,” said Potgieter.

Mr Potgieter affirmed that Paige was always willing to put in the work and do more than what was expected of him. As a result, he said, the resilient attitude Paige displayed both on the pitch and in life is finally showing on a national and international level. According to Mr Potgieter, what made Paige stand out was his exceptional kicking game from behind the ruck and his quick service to the backline.

Given the chance, Paige could play a pivotal role between the Springbok forwards and backline come game time. The Riversdale-born Paige played youth rugby for the SWD Eagles before coming to Johannesburg where he made the Golden Lions Craven Week team in 2007 and represented the SA School side that same year.

Over the next few years he went on to represent the Lions in the Currie Cup and Vodacom Cup while also captaining the UJ Varsity Cup team, before moving to the Bulls in 2012 where he still wears the number nine jersey for their Super Rugby side. Paige’s greatest accolade is without doubt his selection for the Springbok squad earlier this year and, although he is still to be capped, he is ready to be thrown into the deep end.

He is one of three scrumhalves – alongside stalwart Fourie du Preez and Ruan Pienaar – included in the 31-man squad. Springbok coach, Mr Heyneke Meyer, told Supersport.com that the similarities between Paige and Du Preez made him a better fit for the Springbok squad than Sharks rival Cobus Reinach.

Mr Meyer said choosing between Reinach and Paige had been difficult, but that Paige’s good kicking game and a recent dip in Reinach’s performance had helped him make his final decision. “Rudy Paige played very well in Super Rugby, he was selected ahead of a guy like Francois Hougaard at the Bulls,” said Mr Meyer.

With Paige’s selection, Mr Potgieter is confident that the Boks will be able to turn the “Paige” and bring the World Cup home to a proud Rugby nation.​​​ 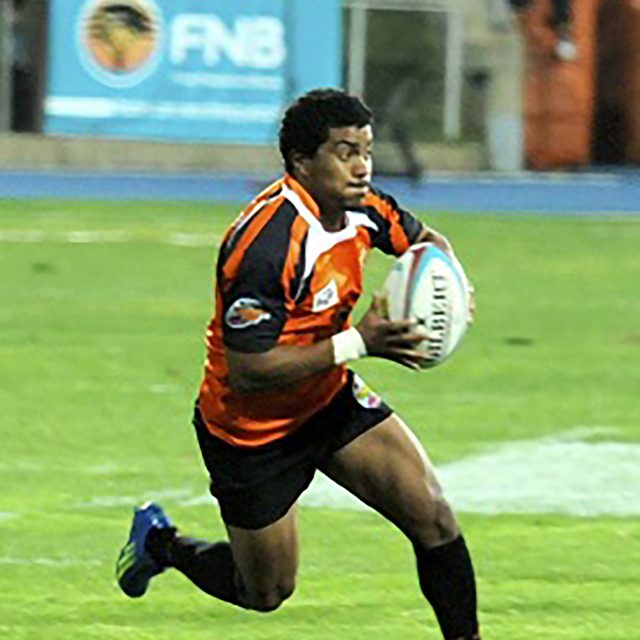