​​​The University of Johannesburg will play a critical FNB Varsity Cup game against the FNB UKZN Impis in Potchefstroom on Monday afternoon (7 April 2014), in a must-win promotion-relegation match to stay in the FNB Varsity Cup, presented by Steinhoff International.​
The Gauteng side, which finished seventh out of eight teams, has had a disappointing tournament after reaching the semi-finals last year. Nonetheless, new head coach Werner Janse van Rensburg feels the outcome was not all doom and gloom.
“Our campaign has been one with lots of positives but obviously also disappointments. We knew from the start that the competition would be tough with a new and inexperienced team but we’ve already showed great progress and with a little good luck could have come close to the semi-finals,” he said.
Janse van Rensburg said their final scorecard – one win, one draw and five losses – did not necessarily reflect their overall performance.​
“We certainly played our part in this competition if you take into account that we drew with defending champions Tuks and only lost in the 82nd minute to NMMU, who pushed Pukke all the way in the semis. We were also on the wrong side of some bad decisions in the UCT game regarding the yellow cards, so our picture could have easily looked quite different,” he added.
According to Janse van Rensburg, the team had solid contributions from their more experienced players, such as fly-half Marais Schmidt, tight head prop Van Zyl Botha and lock Shane Kirkwood. Further, these stand-out performers were backed by youngsters like wing Michal Haznar and flanker Victor Sekekete who showed real promise.
He added that their do-or-die match against the UKZN Impis would not be a walkover as both teams played to Varsity Cup standards.
“They’re a very organised outfit, as they should be under the guidance of John Mitchell. They play a positive brand of rugby and will come to the party.”
As far as next season was concerned, he said his team were looking to move in the right direction and get closer to the semi-finals and beyond.
The new coach said team management were not even considering the possibility of competing in the Varsity Shield.
“It’s not something we think about at this stage. Our focus is firmly on staying in the Cup.”
Follow @UJ_Sport or find UJ Sport on Facebook.​​ 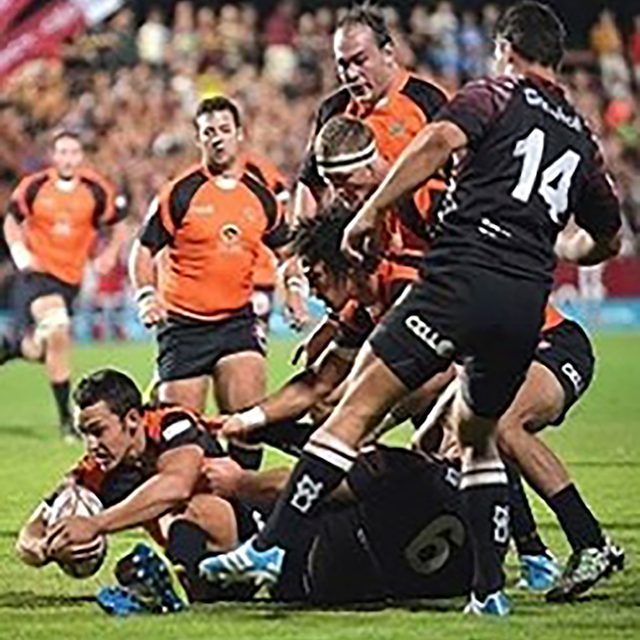