​Ndangwa Noyoo, an Associate Professor within the Department of Social Work at the University of Johannesburg (UJ) says that former South African President, Thabo Mbeki was instrumental in putting South Africa on a firm footing in regard to modernity and modern governance, in stark contrast to the obtaining realities in many other African countries.

Prof Noyoo’s book, Public Policy-Making in the Mbeki Era, was launched at UJ on Tuesday, 3 November 2015. The launch event was also attended by former Minister to the Presidency, Dr Essop Pahad.

At the launch event, Prof Noyoo shared some personal childhood anecdotes leading to his interest on Thabo Mbeki and talked about what moments he feels most exemplified Mbeki’s leadership.

Prof Noyoo penned an article that was published in The Thinker Magazine, Quarter 4 – 2014, Volume 62.

Public Policy-Making in the Mbeki Era intimates that the Mbeki era was instrumental in putting South Africa on a firm footing in regard to modernity and modern governance, in stark contrast to the obtaining realities in many other African countries. This was also the period which allowed the country to begin shedding its apartheid baggage which was in effect a major hurdle to the modernisation project which was envisaged and propagated by Mbeki. It can thus be speculated that Mbeki was quite clear, in his mind, as to what kind of society he wanted South Africa to be, namely, a well-functioning democratic and modern African society. Therefore, it is contended in this book that South Africa owes its modern stature, especially in the post-apartheid era, to among other things, Mbeki’s vision, coupled with his personal drive, commitment, sense of public duty, courage, strategic thinking in regard to modern governance, African solidarity and internationalism.

It is also argued in this work that such a situation came to pass due to his insistence in shaping a strong public policy agenda that was predicated on sound planning and evidence based policy- and decision-making. By delving into the Mbeki era and examining the public policy-making process, it is hoped that this book will be able to marshal necessary evidence and properly ascribe some of the ground-breaking initiatives which were launched in South Africa, and which had far-reaching implications for the country’s future development prospects. It is also intimated in the book that Mbeki’s legacy forced South Africa to at least follow a certain trajectory, of modern nation-state building. Indeed, even though some quarters in the country may not want to verbally acknowledge this fact, the reality is that Thabo Mbeki was a visionary who was able to steer South Africa in the uncharted and at times turbulent waters of a post-Cold War world order, coupled with an incessant and deeply penetrating globalisation, which, more often than not, proved inimical to the development of Africa and the developing world.

A breath of fresh air in the African political scene

In a continent where presidents either refused to vacate office when they were voted out of power by the electorate, or where they simply dug in, even when they were overwhelmingly rejected by citizens, Mbeki’s acquiescence on the 21 September 2015 should not be taken lightly. Some of Africa’s more autocratic leaders have been prone to staying in power for decades. Without a doubt, the arrival of Thabo Mbeki on the African political scene was a breath of fresh air. After decades of dictatorships – military or otherwise – across the continent, and a host of presidents who only qualified to be called warlords or strongmen, the presidency of Thabo Mbeki signified a quantum leap from such ludicrous leadership that was commonplace in Africa. This was also after the golden had boasted the likes of Kwame Nkrumah and Julius Nyerere, among others, who were at the forefront of articulating a pan-Africanist agenda of liberation and the advancement of the African continent.

The West takes Africa in a different light

After Africa’s abysmal and comical performances on the international front, especially in the 1980s, Mbeki was able to make the world, especially the West, take notice of Africa in a different light. He did this, not in a loud or abrasive manner, but through sound intellect, calm persuasion and a high sense of dignity. Mbeki was also able to signal to the world that Africans were no longer prepared to explain themselves at every juncture or apologise for being who they were, namely, Africans. In this regard, Mbeki did not fit the stereotypical roles of buffoonery or frivolity that had come to typify some of Africa’s leadership. It is also noteworthy that Thabo Mbeki and other progressive African leaders played a crucial role in re-defining the thrust of certain African institutions and helped to re-sculpt them for the twenty-first century. The change in name and mandate of the Organisation of African Unity (OAU) to that of the African Union (AU) and the creation of the New Partnership for Africa’s Development (NEPAD) remain cases-in-point. Also, through evocative speeches such as I am an African, Mbeki was able to summon the pride and purpose of the early pan-African development agenda in eloquent prose. Perhaps the prevailing mood of optimism in South Africa at the time, as well as of Mbeki, is best captured in a sentence of his speech I am an African which notes: “Today it feels good to be an African.”

It is safe to assert that Mbeki was a very visible and engaged president. This may be in part due to his extensive knowledge of politics, economics and other intellectual disciplines. More importantly, Mbeki was an academically inclined politician, among other attributes – which is still a rare feat in Africa (or anywhere in the world) even today. He would write treatises in different media or on the internet. In fact he had an online weekly newsletter and without fail, every Friday, there would be something topical that Mbeki would be analysing. At times he would be amongst eminent scholars presenting papers or championing certain positions at various symposia. Even though some people complained that he had stifled robust debate in the country, on the contrary, he had encouraged it and even decried its absence. One of his famous questions on this issue had been: “Where are the intellectuals?” In spite of such pursuits, he did manage to make himself enemies as is the case with any successful human being. Also, Mbeki seemed not to have lost touch with his earlier aspirations which had drawn him to the liberation struggle of his country. Hence his high sense of public service. It has been reported in various works that Mbeki slept little and worked into the late night or early hours of the day. It can also be speculated that Mbeki considered himself as somebody who had a date with destiny. Arguably, he did take himself as an historical figure. His demeanour and actions seemed to suggest this – perhaps due in part to the heavy weight of responsibility which was placed on his shoulders, by historical forces, from an early age. Even the statements he made are pointers to how serious Mbeki took himself, not in a haughty or egoistical manner, but in an almost grave and sombre kind of way, suggesting that he was acutely aware of his leadership role in his people’s struggles and an understanding that certain positions are by nature life’s burdens. But he also had a remarkable way of either poetically driving this point home or vividly capturing the moment in flowery prose. In many ways, his assertions left those who paid attention seriously ruminating on them – the real food for thought. For example, at his inauguration, he made the following assertions: And because we are one another’s keepers, we surely must be haunted by the humiliating suffering which continues to afflict millions of our people. Our nights cannot but be nights of nightmares while millions of our people live in conditions of degrading poverty. Sleep cannot come easily when children get permanently disabled, both physically and mentally, because of lack of food. No night can be restful when millions have no jobs, and some are forced to beg, rob and murder to ensure that they and their own do not perish from hunger. Such statements were not only powerful but also evocative. They were also, in this case, made as a way of acknowledging the enormity of the task before Mbeki. After having had direct experience of governance and its attendant responsibilities as the country’s Deputy President, it must have been pretty clear to him that the 5 years of ANC rule had not even made any serious dents in the inherited apartheid edifice. This painful reality is also amplified in the foregoing speech as Mbeki remonstrated: …the full meaning of liberation will not be realised until our people are freed both from oppression and from the dehumanising legacy of deprivation we inherited from our past…Our days will remain forever haunted when frightening numbers of the women and children of our country fall victim to rape and other crimes of violence… Also, Mbeki’s inaugural speech seemed to have cast a mould for future government interventions and public policy choices. The former would be unpacked in his yearly State of the Nation addresses from 1999 to 2008. The State of the Nation address was an important annual tone-setter, and also served to provide the country and government with the rationale for action in regard to national development concerns and the transformation agenda. After Mbeki took over the reins of power, “fast-tracking” service delivery became his administration’s mantra.

Public Policy-Making in the Mbeki Era also examines the role of leadership in public policy-making. In this regard, the question to ask would be: What kind of leadership style did Mbeki adhere to whilst in power? Thus it evaluates the public policy scenario when Mbeki was president and seeks to dovetail his leadership style with public policy choices and outcomes in South Africa, when he was in power. Before ending this section, it is important to ask the question: Did the ANC have many choices in the light of the type of society it wanted to create in the post-apartheid era? Such a question needs to be posed because some sections in South Africa have hinted on how the ANC and its leaders, especially Thabo Mbeki, “sold out” due to the negotiated settlement, which was agreed upon by the ANC and its former enemy, the NP. Critically, the foregoing must be answered whilst bearing in mind the practicalities of governing a post-apartheid society in the light of re-configured global geopolitics. 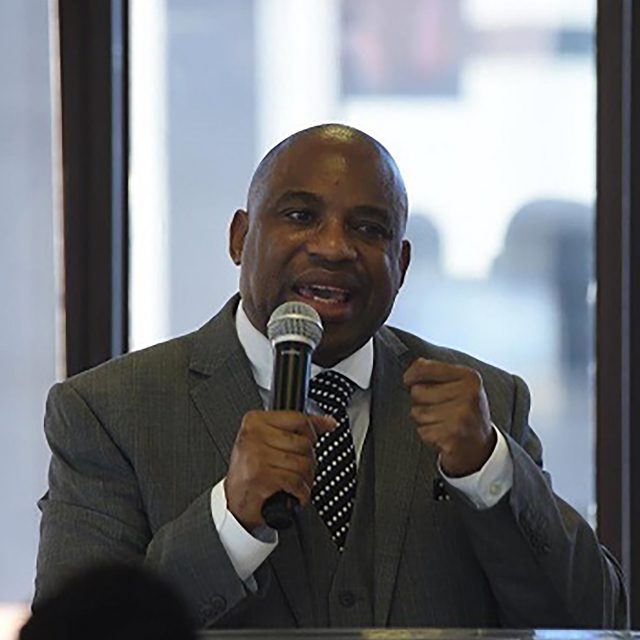