Prof Tshilidzi Marwala is the Vice-Chancellor and Principal of the University of Johannesburg, a member of the Namibia 4IR task Force and the author of ‘Leadership Lessons From the Books I Have Read’. He is on Twitter at @txm1971. He recently penned an opinion article that first appeared in the Daily Maverick: 05 January 2022.

As we bid farewell to the Arch, we are compelled to examine our lives and interrogate whether we choose to be spectators or engaged individuals propelled by the need for justice for all. There is no other way.

Deputy Chief Justice Raymond Zondo has released Part One of his report on State Capture — a term that has become synonymous with corruption in South Africa.

While the report’s contents have to be subjected to further scrutiny, its existence begs the question: What kind of people allow a state to be captured? What do we do to ensure that our leaders act in the nation’s best interest? Some might say it is because the bulk of South Africans has fallen prey to a flawed education system. Some even suggest that Bantu Education did not die, but it mutated.

Whatever the reason, South Africa needs to wake up fast and work towards creating a society that has enough economic, social, intellectual, physical and moral resources to create a just and equitable society.

One of the most wicked problems South Africa faces is corruption. One thesis claims that among the most significant explanations for Africa’s underdevelopment is corruption. The illicit outflow of money from the continent robs our people of resources to build a developmental state.

Amid this moral turpitude, with corruption endemic in society, stubbornly persistent inequalities and inequities, rising unemployment and a devastating pandemic, the world paused to honour Archbishop Desmond Mpilo Tutu. The shedding of his mortal coil provoked a flurry of obituaries, reflective pieces and letters with an almost unanimous consensus: that the Arch symbolised and epitomised true visionary, moral and transformative leadership.

It is almost unbelievable that the Arch lived among us while we failed in the past 25 years to create a non-racial, non-sexist, equitable and dynamic economy. We are a nation that has been hollowed of leadership of the calibre of Tutu.

It is difficult to ignore the symbolism presented by our Parliament being engulfed by a fire soon after the Arch’s memorial service. Is this a democracy up in flames? One must question whether this was simply a coincidence or an apt metaphor for our times. While the cause of the fire is still to be determined, there is no doubt that the fires in our society have very definite root causes. As an engineer, I am tempted to surmise that the dearth of technical leadership in the state explains the inability to control the engulfing fire.

The loss of the Arch is much greater than the loss of a much-loved and revered figure. It represents the loss of a generation of leaders from whom we have a great deal to learn. Fittingly, at his memorial service over the weekend, Cheryl Carolus, a former leader of the United Democratic Front, said, “Freedom is not a spectator sport, it requires us to be hands-on.”

Unequivocally, the Arch was not a spectator. A chronicle of the life and times of the Arch depicts a man consumed by passion, compassion and the need to speak truth to power. He, above all, understood that the dream for freedom required active participation. At every juncture, both in our country and across the globe, his voice of courage was heard repeatedly, bravely and without fear.

The apartheid government, actions of our current government or acts of violence, inhumanity, prejudice and discrimination, could not escape his just actions. Like Martin Luther King, Gandhi, Mandela, Sobukwe, Biko, Sisulu and others of this ilk, Archbishop Tutu was engaged and far from being a passive spectator.

Strangely, as we mourned his death, there were calls to society to honour him by emulating his leadership, which was rooted in time-honoured values, girded by his religious beliefs and honed by ethical principles. I refer to it as strange because we have heard similar platitudes and empty rhetoric before. The challenge is to translate these sentiments into action. Like King, our Arch was also driven by a dream. That we are in the middle of a nightmare is sadly true. As we begin to rebuild our lives, economy and our democracy in the aftermath of a challenging two years, we must interrogate what it means to be a leader in these vexing times. Can we turn to the exemplary life of Tutu for lessons?

At the end of last year, the political analyst Nanjala Nyabola declared in a piece for Al-Jazeera that 2021 was the year of failed political leadership. As she wrote, “2021 was the year of political leadership, or more importantly, lack of it, and an invitation to reflect on the social consequences of leadership failures”. Though this was a global overview, the parallels in South Africa are difficult to ignore. If we are indeed to press restart in 2022, there are lessons to be learnt from leaders who have historically paved the way.

The Arch’s legacy and his moral compass provide an essential framework to challenge the idea of “governance guided only by ideology without any concern for moral outcomes”, as Nyabola describes.

In the past two years, I have reflected extensively on what it means to be a leader. It is apparent that there is an arsenal of skills one must deploy to be an effective leader. Many of these skills — critical thinking, a willingness to learn, emotional intelligence and sound judgment, among others — are apparent if we delve into the Arch’s life. These skills have to be rooted in morality and a value system because without that they are just empty skills. Leadership, much like his servitude, after all, is a practice.

The release of the Zondo Commission Report, with its revelations of the extent and depth of moral depravity in the form of State Capture, signifies a need to confront these devils. It takes bravery and courage — characteristics synonymous with the Arch — to confront and act. The easiest course of action is to be a spectator. Do we have the conviction to move beyond this?

As we perhaps most notably learn from the Arch, political ideology and leanings should not matter; what matters is to do the right thing. This was evident as he presided over the Truth and Reconciliation Commission (TRC), which lifted the lid partially on the horrendous crimes against humanity perpetrated by the apartheid state and machinery. He carved a unique path, balancing justice against injustice, revealing human frailty and unpacking human strength.

While the jury is out as to whether the TRC served justice, it paved the way for rebuilding a fragmented and tortured nation.

Our leaders have a mantle of responsibility, which should be defined by service with humility. It is the path least often taken. The critical question is: How do we root this in people? Of course, the Arch exists as an example, but this in itself does not compel people to act with morality.

As Roman statesman Cicero put it, “What is morally wrong can never be advantageous, even when it enables you to make some gain that you believe to be to your advantage. The mere act of believing that some wrongful course of action constitutes an advantage is pernicious.”

As we bid farewell to the Arch, we now are compelled to examine our lives and interrogate whether we choose to be spectators or engaged individuals propelled by the need for justice for all. There is no other way. 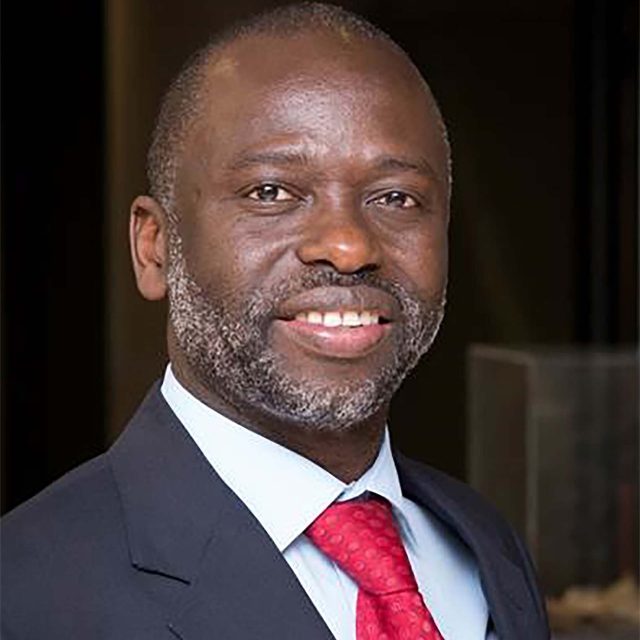