He addressed the State of the Social Economy of South Africa colloquium, hosted by the University of Johannesburg’s (UJ) Centre for Social Entrepreneurship and Social Economy (CSESE), on Wednesday, 04 September 2013.

Manual led an in-depth conversation around how the social economy is aligned with the objectives of the National Development Plan (NDP).

The Minister focused on how the sector should work together towards aligning the social economy with the objectives of the NDP. Minister Trevor Manuel said, “Asia’s largest agent of change is its people, and this is also its biggest investment”, he went on, “South Africa should follow suit and turn its resources into productive assets, although we are on the back foot with unskilled people and slow technological development.”

Trevor Manuel also outlined the objectives of the NDP and how it aims to enable everyone to have a decent standard of living. He mentioned that 11 million jobs need to be created by 2030, in order to help alleviate the youth from their poverty traps and boost the economy. He said, “There are two key facets that are affecting our economy, the history of the country and the monopolistic distribution of resources during the apartheid era together with price fixing and the delivery of inadequate facilities by companies.”

He went on to stress the importance of proactivity, saying “Decisions can’t be deferred to 2030, as young people will be running the institutions”. The Minister took a few questions from the audience; one was with regards to civilians being dependent on social grants. His response was to stress that the dependency culture needs to be outgrown, “The youth need to be mobilised and social grants need to be seen in a different light”.​ 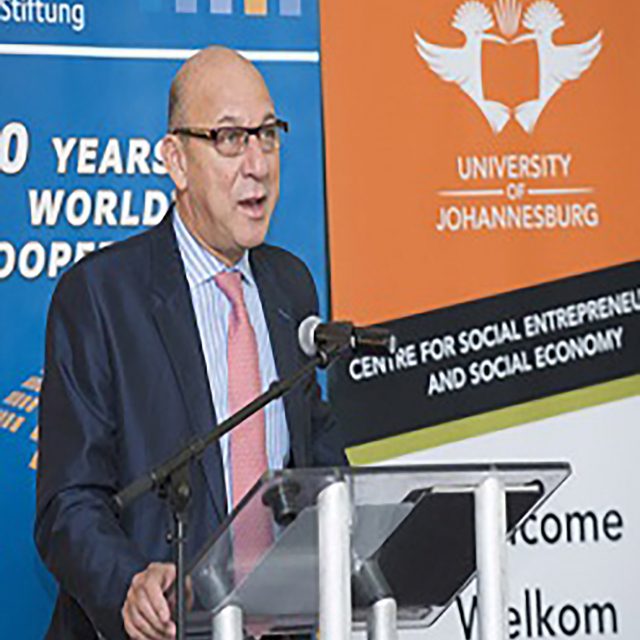