Coach Bongiwe Msomi’s team, the University of Johannesburg (UJ) Netball Club, made a positive turn in their second and third matches in Round 1 of the 2022 FNB Varsity Netball tournament to finish in top 4 on Monday, 19 September 2022.

UJ made a comeback from their opening match defeat (after losing 60-48 to North West University – NWU Eagles), to win 63-46 against the University of the Western Cape (Madibaz) and 54-43 against the Free State University (Kovsies) on Sunday and Monday, respectively.

UJ showed dominance in the second match against UWC Madibaz in all the four quarters with no signs of slowing down, slotting in frequent points. The third and last day of bumper weekend saw UJ continue in their winning ways by winning against defending champions, UFS Kovsies. UJ, being the hosts, looked rejuvenated with their performances as they continued to lead by 10-goals clear of Kovsies for most part of the game.

Kovsies tried various strategies, changing goal shooters several times in an attempt to score goals, but UJ kept the visitors at bay by dismantling their defence and scoring goals. It was the first time that UJ won against the defending champions (Kovsies) since Coach Msomi took over as head coach in 2019.

In their opening match on Saturday, 17 September 2022, the Orange Army (UJ) lost to NWU Eagles. UJ was trailing for most of the time. This was not the start that UJ player, Boitumelo Mahloko, had in mind for her debut in the tournament in UJ colours. “For the first time, today’s game was a bit tricky. It did not go as we wanted. For me personally, I think I could have done better. The team backed me really well. Besides the loss, I really enjoyed stepping on that court with my teammates in the Orange Army uniform. It was really amazing to step into my first VC in my final year with the kind of teammates that I have. It is an honour,” said Mahloko.

However, in their second match of the tournament, UJ went into half time leading 29-20 with Owethu Ngubane and Nomfundo Mngomezulu having electrifying performances. Madibaz tried making a comeback in the last quarter of the match, but UJ was too strong to be cracked.

Ngubane’s outstanding performance earned her a Player of the Match award. “I feel excited about today’s game. We came up with a proper game plan as a team, we were focused and we were successful. Kudos to my team,” she said.

Coach Msomi echoed Ngubane’s sentiments, “From the shooter to the keeper, we were defensively strong, you cannot win a match if you are not winning balls. So, credit goes to the full team effort. I can easily say it was everyone’s performance that gave us this win.”

Together with Ngubane, in- and on-form UJ player Nomfundo Mngomezulu, also earned herself the Player of the Match Award in Round 3 on Monday. Mngomezulu also praised the team effort in winning the match. “I am very happy about the performance of the team. I think this is what we wanted since day one. I think everybody is happy and that bodes well for the team,” Mngomezulu explained.

FNB Player of the match:

UJ will be up against Stellenbosch University (Maties) at the NWU Amphitheater, Potchefstroom on 25 September. Kick off is at 3pm. 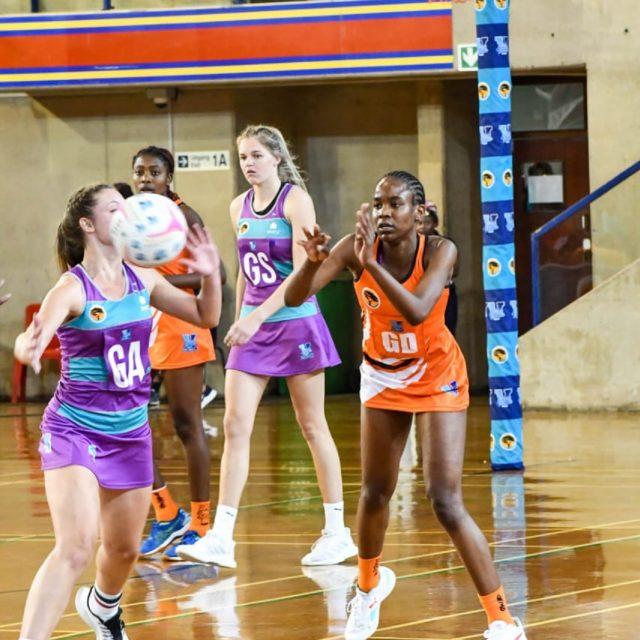