This was the trio’s first ever Varsity Football tournament. For them, this was a good fairytale ending after lifting the trophy for the first time as players and with UJ as a team as well as signing with the M-Tigers. M-Tigers currently participates in the ABC Motsepe League, in the Gauteng B stream.

“Before the varsity football tournament, Thulani and I set a short-term goal for ourselves that this was our first time playing in the tournament, and no matter how hard it would turn out, we wanted to do our best. We knew that professional team scouts are watching to pick the best players and give offers, we wanted to be selected and it feels surreal that things went exactly as planned,” says Molubi.

Zandamela and Molubi joined the UJ men’s football team at different times. Zandamela started playing for UJ in 2017 when he was 15 years old. The current UJ heach coach, Karabo Mogudi, spotted Zandamela’s potential talent when the youngster was still in high school.

“Going into the Varsity Football tournament, I knew very well that it’s the biggest platform to showcase my talent for South Africa to see what I’m capable of doing on the pitch. I hoped that someone would notice my talent and offer me a professional contract. So, I had to bring my A-game in each game that we played. This also helped the team achieve the best results and thus winning the tournament,” explains Zandamela, third-year national diploma in Tourism student.

Molubi is a first-year Sports Management student who joined the UJ football team in early 2021. He had a good year with the team, winning both the tournament and the SAB League. Molubi says that he did not let playing in the Varsity Football tournament cloud his focus and performances.

“I am still young and new in the team. I needed to focus on being a better football player and not be distracted by the big stage. The matches are broadcast on TV and that can have an effect on players. I’m glad that the team did well both in the SAB League and the Varsity Football tournament. It’s been a great first year for me,” says Molubi.

Speaking on the progress of the UJ team players, Coach Karabo Mogudi said that the University is on the right track regarding football development. “It means that our methods are producing the correct results regarding player training and development. We are obviously excited to see our players getting signed by various higher-level clubs. Competing at a higher level will sharpen them further. Hopefully, most of them can still come back to represent the university during university competitions,” says Coach Mogudi.

He adds, “We play to win matches and competitions. The rewards are mere eventualities that come with winning. Our plan was to try to win the tournament, and in doing so, players are spotted and that means they will leave to join other setups. It’s a good thing for UJ to say,’ we produced those players’.”

Zandamela made his debut for M-Tigers on 23 October 2021 against Dondol FC, losing 2-0. 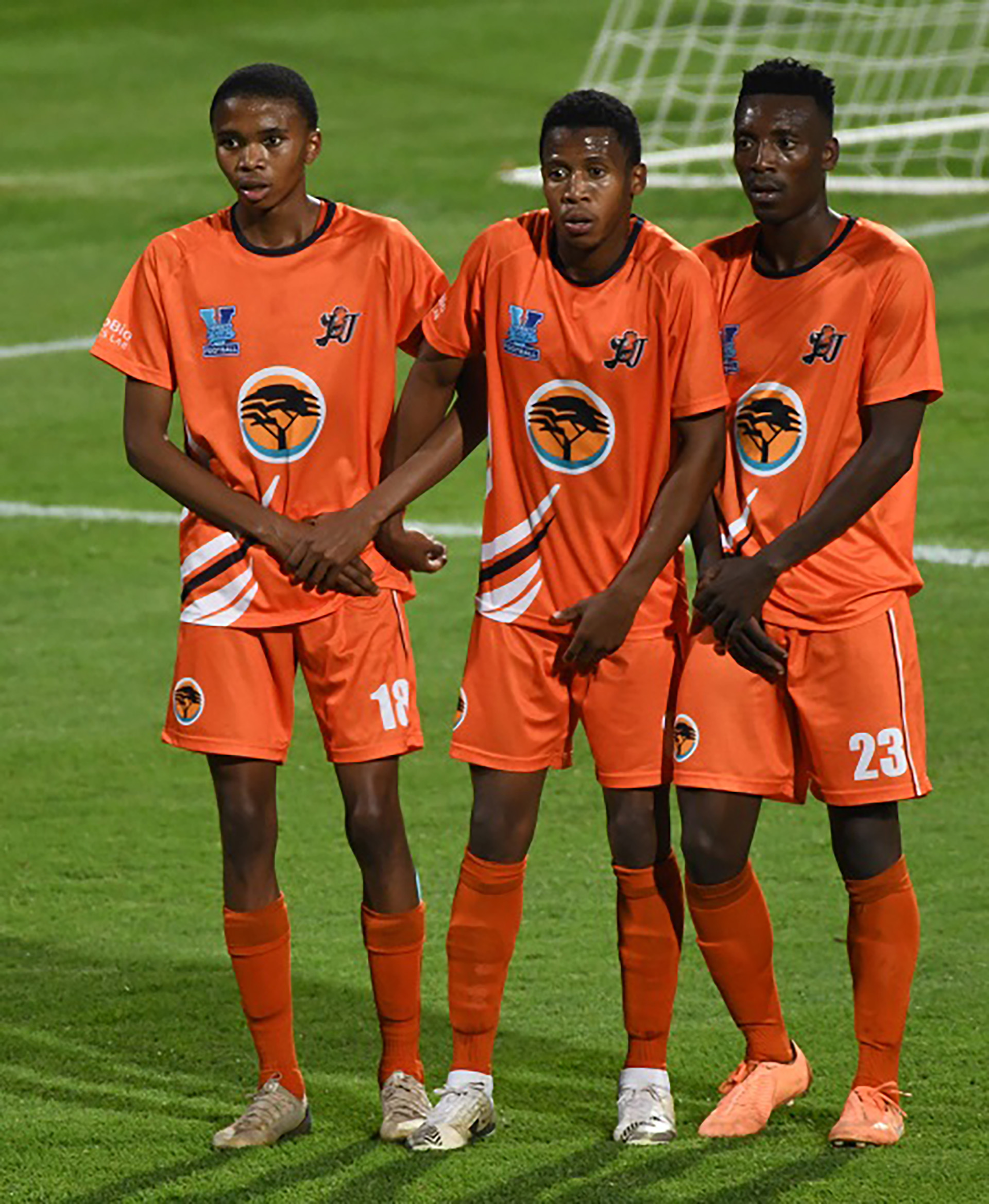 Tumelo Molubi (left) was one of the young UJ tooball players who were participating in the Varsity Football tournament and the SAB League for the first time in 2021. 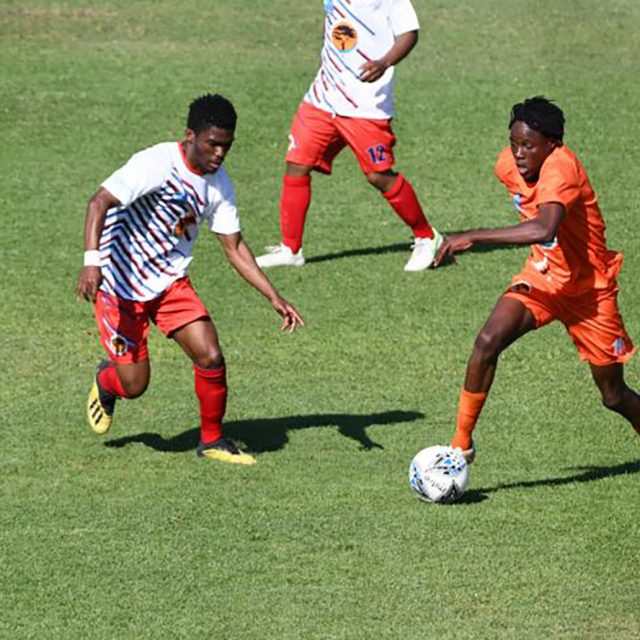