This is an era of great change for South Africa’s universities, and inclusive leadership is critical

Professor Tshilidzi Marwala is the outgoing vice-chancellor and principal of the University of Johannesburg, and on 1 March 2023, he will be the Rector of the United Nations (UN) University and UN under-secretary-general. He recently penned an opinion article that first appeared in the Daily Maverick: 07 August 2022.

Since the University of Johannesburg was established 17 years ago, transformation focused on inclusivity has defined its strategies — inclusion across gender, race, class and international lines. It is an ongoing process, especially at senior leadership levels.

In 2000, George Dei of the Ontario Institute for Studies in Education of the University of Toronto wrote that “inclusion is not bringing people into what already exists; it is making a new space, a better space for everyone”.

Higher education in South Africa, with its fractured history, was not a place of inclusion but rather a sector that was distorted in terms of mirroring the demographic features of the country. Despite the dismantling of exclusionary legislation and practices in higher education, the road to a truly transformed sector across multiple dimensions like race, gender and class or epistemological choices is a rugged terrain.

The University of Johannesburg (UJ), in its current iteration, came into being in 2005 as part of the massive restructuring of the higher education landscape initiated by the Ministry of Education in the wake of the publication of the first National Plan for Higher Education of 2001. The new institution grouped together the Rand Afrikaans University, Technikon Witwatersrand and two Vista campuses — one in Soweto and the other in Daveyton, Ekurhuleni.

It was to be one of the six new comprehensive universities proposed by the National Working Group that had been set up to make recommendations for the implementation of the national plan that would radically dismantle former apartheid structures and reduce the number of higher education institutions in the system.

As the former minister of education, Kader Asmal aptly said: “There can be no doubt that the higher education landscape is well on its way to reflecting the values, ethos and aspirations of our democracy, away from the false divisions of the apartheid past, which have for too long scarred our higher education system and limited its ability to truly respond to the current and future needs of our country.”

For UJ, this required a new identity derived and predicated on the values enshrined in the Constitution. It required creating a uniquely African identity and shaking off the shackles of our past. The transformation of three distinctive universities based primarily on race markers was a mammoth task, especially due to the absence of a blueprint.

To cement this African identity, UJ now has a compulsory course for all its 50,000 students called African Insights, which teaches Africa’s politics, economy, society and literature. Additionally, UJ has the Africa-by-Bus programme which has taken more than 10,000 students by bus to Mozambique, Namibia, Botswana, Zimbabwe and Zambia.

As this new institution came into being, it was apparent that inclusivity had to be at the fore of the agenda if we had any hope of achieving what seemed impossible goals. Though we often speak of inclusivity in broader terms, the reality is that this begins at an institutional level.

In the last 17 years, transformation focused on inclusivity has defined UJ’s strategies. Here, I refer to inclusion across gender, race, class and even international lines. The question, perhaps is, how exactly have we achieved this? Institutional culture demonstrably is not something that can be changed by decree.

Yet, structured and transparent interventions can speed up the process of establishing a UJ-specific culture that reflects the values that the university embraces. The university serves as a microcosm of our broader realities. To combat the inequities so often seen in our society, there has been a focus on targeted recruitment in terms of race, gender, class and nationality to enrich diversity and inclusion. We also implemented an Institutional Transformational Plan in 2019 with initiatives aimed at fostering unity in diversity, ubuntu, and social cohesion.

Internationalisation is but one prong of transformation and has evolved from a marginal activity to a key aspect of the reform agenda. It is a marker of university life to foster diversity in cultures, languages and experiences.

There is a fundamental need to promote local, national and international collaborations and networks. As a university with a pan-African lens, forging a genuinely African identity, it has been particularly crucial for us to attract students from the continent. Currently, the university hosts about 4,300 international students, while approximately 20% of our staff are international. These figures must grow to consolidate UJ’s internationalist character. UJ students come from more than 80 countries, most from the Southern African Development Community (SADC) region.

There is also a distinct gender focus, with our current statistics indicating that as many as 1,938 of our international students are women, up from 1,673 in 2018. Other prongs (and as demonstrated above, overarching prongs) have been ensuring gender equality and racial inclusion. Gender equality is fundamentally about economic inclusion. Out of a total student body of 51,263, 27,940 are women — a remarkable 54%. Of this figure, 24,667 or 88% are African women. There are 45,433 African students, representing 88% of our student body. Regarding class, 21,241 or 41% of our students are from poverty backgrounds, which is indicative of a strategy to transcend class divisions.

It is not just in terms of our student body that we are pushing to break boundaries and barriers. There is an inequitable distribution of women and specific race groups across academic rank levels. While there may be gender or race parity at the lower levels of the academic profession, the underrepresentation at the senior level is still a vexing problem for the sector. Part of leadership in a higher education institution is to constantly interrogate the glass ceiling and the “sticky floor” points that exclude so many.

For example, at UJ there are targeted programmes aimed at shattering this very glass ceiling. The Accelerated Academic Mentorship Programme, for instance, with a strong focus on transforming the professoriate in terms of race and gender, is designed to provide mentorship, support, development opportunities and focused advice.

Additionally, there is a shift to have a broader national dialogue about equity. At UJ, we have established the Centre of Race, Gender and Class specifically to study this phenomenon to mitigate and build a much more just and caring society.

Inclusion, equity, excellence and social justice must form the basis of leadership to spur a revolution that questions and interrogates the systemic injustices and inequities that persist. This is an agenda we must continue to be unapologetic in pursuing. 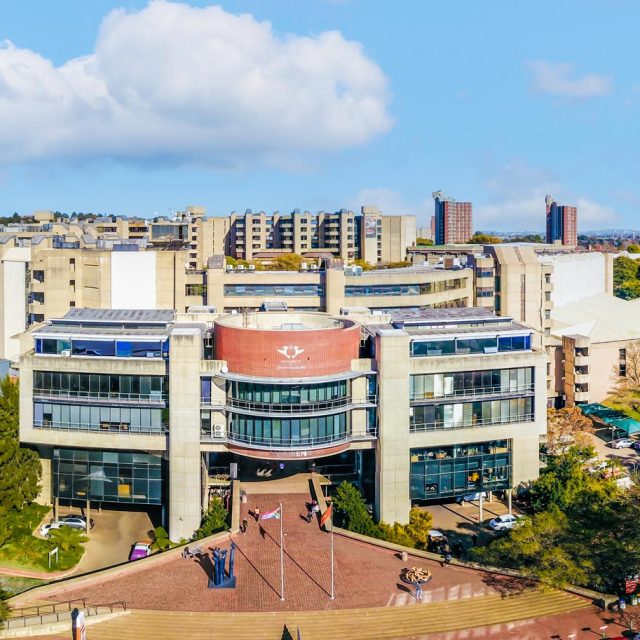