‘The ultimate goal is to play for the Springboks,’ – Ilunga Mukendi

Following his debut for the Sigma Lions on 06 May 2022, University of Johannesburg (UJ) student and rugby player, Ilunga Mukendi, believes he has edged closer to his ultimate dream of playing for the South African national rugby team, the Springboks.

Mukendi made his debut in the Sigma Lions v Cheetahs match that ended with a 35-26 final score in favour of the Cheaters. Though Mukendi’s rugby journey has not been easy, he says he is grateful for the opportunity to play for the Sigma Lions.

“I don’t think I have the right words to explain what this means for me. I am speechless. It is something that I have been praying for, for a long time. When prayers are answered, it is hard to find the right words to really explain how that feels.

“I have worked hard to get to this point. Many people played a role in my growth, including the UJ management and the people at Pirates Rugby Club. I am grateful for their support and this opportunity to showcase my talent at that level,” says Mukendi.

The BCom Law student joined UJ Rugby in October 2021 during the team’s pre-season for 2022 Varsity Cup. He played in the 2022 tournament.

Mukendi, originally from Lubumbashi in the Democratic Republic of Congo, came to South Africa at the age of 7. He started playing rugby when he was 12-years-old. “I have applied to be naturalised in South Africa. I’m waiting for feedback,” says Mukendi.

He played several sports such as cricket, hockey, athletics and soccer. The ambitious rugby player admits that he wanted to be a cricketer, but changed his mind in Grade 9 when he fell in love with rugby. Mukendi played for several teams such as the Sharks under-19 and under-21 during the Supersport Challenge and the Curie Cup. He was part of the Blitzboks Academy in 2019 and played for Pirates Rugby Club, an amateur team in Greenside.

He played his first professional game for the Sharks in 2017. “My experience as a professional rugby player has been very challenging. I’ve had my ups and downs, but I have learned a lot of lessons. I have learned from a lot of mistakes that I have made and all of these lessons have helped and will definitely take my rugby career forward,” explains Mukendi.

He adds, “My ultimate dream is to play for the Springboks. I’m working towards realizing that dream. I wish to don the green jersey and represent my country in a crowded stadium.” 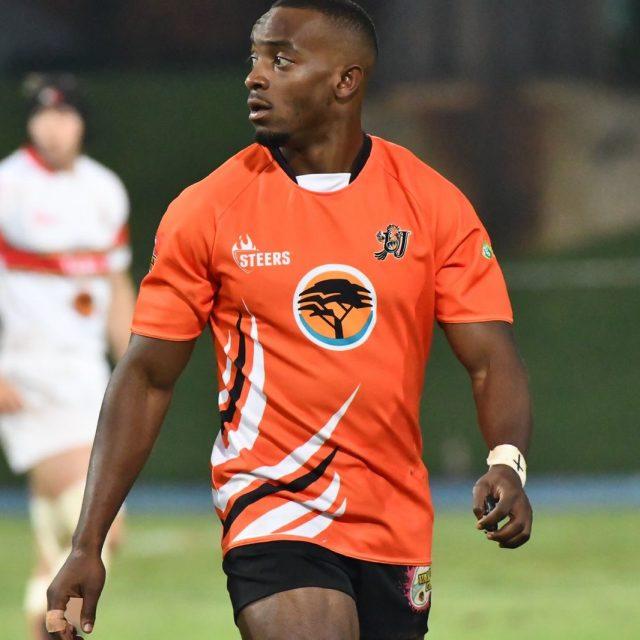