The Noble Prize for Physics goes to…

UJ CERN team on Nobel Prize
The 2013 Noble Prize for Physics has been awarded to Francois Englert and Peter Higgs, “for the theoretical discovery of a mechanism that contributes to our understanding of the origin of mass of subatomic particles, and which recently was confirmed through the discovery of the predicted fundamental particle by the ATLAS and CMS experiments at CERN’s Large Hadron Collider”.
​Says Professor Connell of the University of Johannesburg (UJ): “This is a great triumph also for the field of Particle Physics. The prediction and the accompanying discovery exemplify very beautifully the scientific method and indeed both are based on almost the entire history of theoretical and experimental physics, from humble beginnings, up to the most advanced levels”. The Higgs Boson is the last piece of the very successful Standard Model, which describes all currently known forms of matter and the various forces between the matter particles, except for gravity.
Tantalizingly, we know for certain that the Standard Model is incomplete, and there has to be physics beyond the Standard Model. Firstly, the Standard Model doesn’t include a quantum theory of gravity.
Furthermore, the normal matter and energy we can currently describe is only about 5% of the energy and matter content of the Universe. Astronomical observations indicate that the universe is composed vastly more of matter and energy about which we know almost nothing, and which we currently call dark matter and dark energy. There are many other open questions of great significance, and, most scientists believe the discoveries at the Large Hadron Collider have just started.
This is currently therefore a very exciting opportunity for UJ and of course South Africa, as we are very involved in the discoveries taking place at CERN. The participation is funded by the broader SA-CERN Programme of the National Research Foundation and Department of Science and Technology, which involves many South African Universities and also the iThemba accelerator laboratories. The South African participation within the SA-ATLAS component of SA-CERN now includes more than 30 university staff, post docs and post graduate students, who make regular short term visits to CERN. UJ was the first to participate within SA-ATLAS, and it was soon followed by the University of the Witwatersrand, the University of Cape Town and the University of KwaZulu Natal. South Africa’s contribution at CERN has included development of accelerator and detector components, software development, operation of the experiments, provision of computer resources for analysis, and the participation in the development of searches for various physics results.
The University has provided a particular expertise in the system management of the large high performance computer cluster at the heart of the ATLAS detector, where the data is accumulated, the so-called 27000 CPU TDAQ system. The University’s Research Cluster is also managed by these staff and its relative performance statistics have been amongst the highest in ATLAS. UJ’s current research focuses on using the Higgs boson as a portal through which to access the much expected physics beyond the Standard Model. This is a study of the channel where either the currently discovered Higgs boson or a possible new Higgs boson decays to possible new hidden or dark vector bosons with these finally decaying back to Standard Model particles, H à Z’Z’ à 4 leptons. UJ has made an important contribution to developing a tool to reconstruct the footprints of particles that don’t interact directly with the detector. This is the track based missing transverse momentum tool. This is also being used in another study with the University participation to find a possible new heavier Higgs boson, by searching for its decay to a final state that includes neutrinos.
There is a strong link between particle physics and astronomy. This is because all astrophysical and cosmological theories are based ultimately on the particle content and interactions as described within the Standard Model, or a theory Beyond the Standard Model. We have already mentioned the open questions posed by gravity, dark matter and dark energy, which all require physics beyond the Standard Model. There then, is the overlap with astronomy. The SKA is a premier dark matter mapping instrument, and this compliments dark matter particle candidates searched for in the ATLAS experiment. UJ recently joined Fermi-LAT collaboration and the Cherenkov Telescope Array (CTA) collaboration. Both of these instruments, the former based in space, the latter to be based on the surface, are optimized for amongst other things, the hunt for “smoking gun” evidence of dark matter. One can therefore expect new discoveries related to the Standard Model and beyond, from both the fields of Particle Physics and Astronomy.
The SA-CERN programme has been involved in technology transfer from CERN. In particular, UJ was involved by its participation in the development of the SA computing grid, by developing a local detector laboratory, and finally through the patented Mineral-PET technique which uses detector technology to “see” diamond within rock (in a collaboration with Multotec).
The award of this Nobel Prize recognizes important developments in Particle Physics, and the impact is ultimately expected to be very dramatic. This will be for the development of further theories, additional discoveries, and host of technological advances. 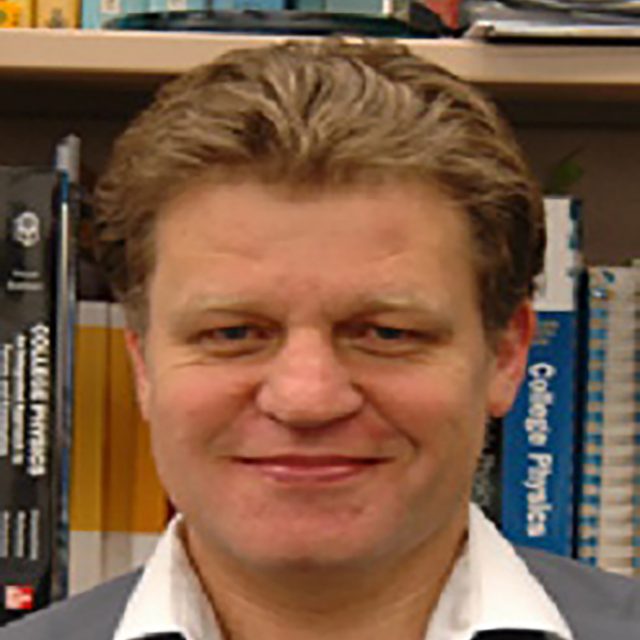