Neo Letswalo and Mancha Johannes Sekgololo are research associates in the 4IR and Digital Policy Research Unit in the Department of Politics and International Relations, University of Johannesburg. They recently penned an opinion article that first appeared in the Daily Maverick: 28 February 2022.

The government has set March 2022 as the deadline for the country to move over to digital terrestrial television transmission in all provinces. Several court actions by service providers, coupled with the high turnover of ministers in the communications portfolio have bedevilled the process, delaying its finalisation for years and preventing South Africans from benefiting from a range of improvements that DTT signal offers. Recent developments appear to be taking us in the right direction.

The Minister of Communication and Digital Technologies Khumbudzo Ntshavheni switched off the last analogue SABC TV transmitter in Limpopo province on 8 February 2022. The switch made Limpopo the fifth province — after Free State, Northern Cape, North West and Mpumalanga — to switch from analogue transmitters to digital terrestrial television (DTT) as part of the government’s Broadcasting Digital Migration (BDM) programme. After missing the International Communication Union deadline in 2015, the South African government is determined to accelerate the process of migration to catch up with other global players. During this year’s State of Nation Address (Sona 2022), President Cyril Ramaphosa pledged that by March 2022, all nine provinces will have completed the switch to Digital Terrestrial Television (DTT).

DTT employs a network of TV transmission towers on earth instead of satellites in space to transmit signals that are digital instead of analogue. DTT offers better picture and sound quality, more options (additional channels) for consumers, and frees up the radio frequency spectrum for mobile broadband services. However, ministry reshuffles, corruption, and repeated litigations have slowed the transition process over the past ten years.

There have been two primary contributors to the vacillations over DTT in South Africa. First, frequent ministerial leadership turnovers have hindered the analogue switch-off (ASO) process. We have seen many political impasses and constant reshuffling in the communication ministry over several years. Under president Jacob Zuma’s administration (May 2009 to February 2018), seven ministers held this position, and four ministers have taken it up so far under President Cyril Ramaphosa’s administration. The ministers have all played a part in the transition prospects and delays.

Secondly, litigation has slowed the process through three separate cases. At first, eTV (the first free-to-air television station privately owned in South Africa) took the Ministry of Communication to court for using non-encrypted set-up boxes (STB) and won its Supreme Court of Appeals case in 2016. Their goal was to advance encrypted STBs that work similarly to Multichoice/DSTV decoders, allowing other independent broadcasters to provide users with paid channels or programmes.

The digital migration process was further delayed when in 2021 eMedia Holdings, the parent company of eTV and Openview, filed court papers against Minister Ntshavheni for declaring March 2022 as an official deadline to complete the ASO process. eMedia Holdings argued that the deadline was unfeasible and truncated, with its CEO Khalik Sheriff proposing 15 months as being a reasonable timeframe for setting up proper infrastructure. In its court papers, eMedia Holdings listed demands which included that government should ensure that the country has a sufficient number of digital set-top boxes before the completion of ASO.

Thirdly, and more recently, we saw Telkom, a 39% state-owned wireline and wireless telecommunication provider, litigating against the Independent Communication Authority of South Africa (Icasa) on allegations of unfair design of the international mobile telecommunication spectrum auction. Telkom contends that Vodacom and MTN appear to be favoured by the spectrum auction over smaller operators who might need more time to set up the infrastructure for migration. But other bidders claimed that Telkom had frustrated the release of the spectrum because of competition apprehension.

This is on the back of Telkom owning 150Mhz of mobile range spectrum against 76Mhz held each by Vodacom, Cell C and MTN. Its competitors believe Telkom fears the downgrading of its competitive advantage. With pressure from other bidders, namely Vodacom, MTN, Rain, and the government itself, Telkom eventually withdrew its application for an injunction to prevent Icasa from proceeding with the spectrum auction set for March 2022. However, Telkom may still reintroduce the injunction application if it decides there is reason to do so.

The long-awaited spectrum release holds a positive multiplier effect for South Africa’s digitalisation aspiration. The freed-up spectrum capacity will enable network service providers like Rain Networks, which currently piggybacks on Vodacom’s infrastructure, to roll out cheaper and faster internet connectivity. Should profit prioritisation become secondary, the exorbitant cost of internet data bundles, which has heightened digital disparities in all facets of society, will come to a halt.

With the increasing internet penetration (currently South Africa boasts 68.2% internet penetration) and thus the growth of the internet market, many South Africans will be exposed to, and be able to participate in and leverage, the digital economy. Unemployment will be reduced as new digital jobs created through anticipated investments enhance inflows into the digital economy. However, data flow regulation may have the effect of limiting investments in South Africa by multinational firms, to just those from states with data privacy regulations that correspond to our own (as defined by the Popi Act), thus potentially reducing the potential for job creation from investment. The regime on cross-border data flow is based on that of the EU General Data Protection regulations. Potential foreign investors from other countries or regions may be considered to have lower standards of data protection, and therefore data flows may be restricted. This would have a negative effect on their prospective satellite enterprises and would favour investors from the EU. The alternative route would be for them is to localise data but they would likely be outcompeted by multinational corporations from EU who can process, store, and transfer data from South Africa in their home country/headquarters.

Another issue that will be affected by the availability of new spectrum is that many people in South Africa, particularly those living in townships and rural areas, presently lack digital literacy. During the Covid-19 pandemic, it became apparent that South African students lacked digital expertise and autonomy, with many lacking laptops or computers.  Considering the expected growth of low-cost internet service and possible 5G connectivity from the DTT spectrum allocation, it is to be hoped that pupils will be able to learn to effectively use the smart boards, computer laboratories, and tablets supplied at schools. Additionally, the government should explore other means to ensure that national digital literacy enables participation in the digital economy. With cheaper data costs, perhaps South Africans will begin to use the internet for more productive digital assets, instead of primarily for socialising and entertainment.

The additional multiplier benefit from DTT is cybersecurity, augmented by increased digital literacy suggested above. With more people becoming accustomed to the nuances of the digital space as we see more affordable data pricing, more South Africans will become “technology stakeholders”, and hopefully thus also cease to be victims of internet crimes such as phishing that capitalise on users’ lack of digital literacy. Capacity building is a multipronged phenomenon. Recent developments seem to be steps in the right direction. 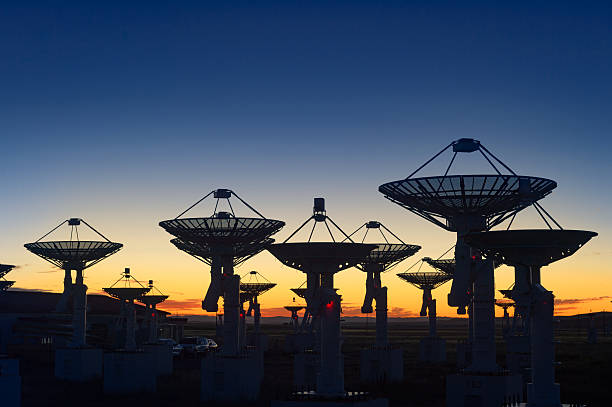