Ambitious, inspiring and hardworking. This is how fans described the men’s senior football team of the University of Johannesburg (UJ) on Thursday evening, 22 September 2022 after UJ, the Orange Army, played in their second consecutive final of the 2022 FNB Varsity Football tournament.

The talented UJ midfielder, Thulani “Gaza” Zandamela, was crowned the 2022 FNB Player of the Tournament. The youngster from Meadowlands, Soweto, has played a pivotal role in steering the UJ team in the middle of the park, and in the process snatching a few Player of the Match performances.

“It is a great achievement, a great individual achievement, but it was going to taste even sweeter if we won the tournament,” said the 20-year-old distraught Zandamela.

Speaking on his team’s performance in the final, the calm captain Neo Lebopa said, “I can’t say I am disappointed; the guys gave it their all. It just wasn’t to be tonight. It is a bitter pill to swallow, quite a difficult one.

“To the Orange Army fans, we are forever grateful for their immense support. Please continue to rally behind the University as we continue to represent you with pride. I think the fans and players can all go home satisfied with the fact that we gave it our all. We fought until the final whistle, but it was just not to be. It is a great feat to play in two consecutive finals, we walk with our heads held high,” explained Lebopa.

This year, UJ won six (6) out of nine (9) games, drew one (1), and lost to only one team twice (Tshwane University of Technology – TUT) 2-0 in the opening game and 2-1 in the final match.  It is said that, “Lightning never strikes the same place twice,” but UJ outclassed both the University of Free State (UFS Kovsies) twice in the 2021 campaign and the North West University (NWU) twice in the 2022 tournament.

“This team is good enough for any businessman to buy all players and run a successful professional club – they have what it takes to grow in football,” said one fan who marveled at the football prowess of the UJ men’s senior football team in the 2021 and 2022 FNB Varsity Football tournaments.

In a packed UJ Soweto Football Stadium, defending champions and hosts UJ looked to retain their title playing on home soil, but lost to TUT. The first 25 minutes of the game flew by as both teams looked for the first goal in an entertaining start to the final. UJ’s midfield general Advocate Mokwena, created a good chance for Philani Masondo who could not covert the chance into a goal in the 27th minute.

The UJ crowd hushed in the 33rd minute when TUT took the lead through Kutloano Manamela’s half volley shot. UJ’s defense allowed the ball to bounce in their box as Manamela took advantage and showed composure to fire past UJ’s goalkeeper, Richard Bangi. However, just a minute later, UJ’s impressive quick passes culminated in Thulani Zandamela setting up the assist for Thanda Madiba to smash an equalizer with the left foot at the bottom corner.

UJ had momentum after the goal and goalscorer Thanda Madiba provided a curling cross on which UJ striker Gerald Ndlovu latched, forcing a save from TUT goalkeeper, Sikhumbuzo Ncube, who was injured in the process. The entertaining final resumed after that slight injury delay as UJ pushed for the second goal with another attack late on in the half.

Both teams went into the halftime break with a 1-1 score.

TUT took the lead once again from a throw-in from TUT’s Hope Moeng forcing an own-goal by Maselesele Makoti in the 83rd minute. Despite a desperate late attempt by the home side, TUT held on to secure a 2-1 victory, thus claiming their third FNB Varsity Football title. Tshiamo Mahome (TUT) was named Player of the match.

UJ Assistant Coach Thando Zulu also shared his views on the match. “It is a hard one to take obviously; we came here to win. We did the homework. We did not allow ‘being champions of the 2021 tournament’ to derail us from the ultimate plan and prize – we wanted to play the best football and win the tournament.

“When we look at the first half, we made a number of entries in the final third. We just missed those extra or final touches – you know, someone to just put the ball in the back of the net. Small details. We kept encouraging the guys to keep going and never lower the intensity the game.

“Overall, it was a good run this season again. We did not start the tournament well, but we progressively improved. The boys showed a lot of character throughout. They played so well in the semi-finals to reach this level. Losing is part of the game – we settle for the silver medals and move on.” 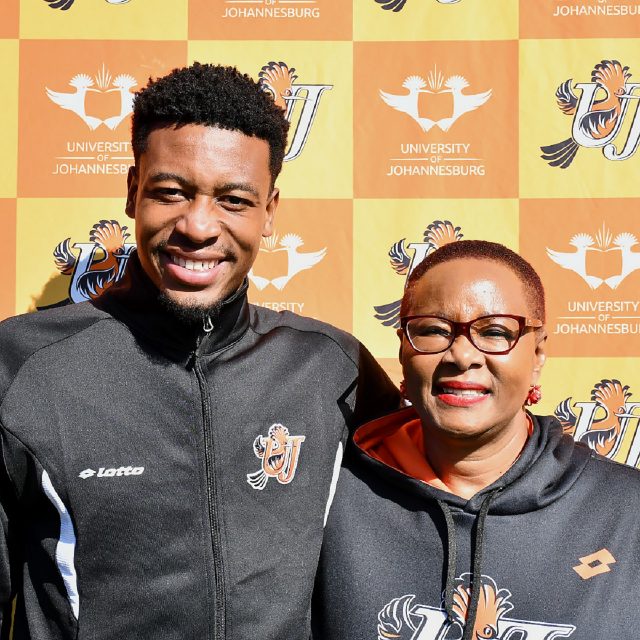