​​South African and University of Johannesburg (UJ) student Lucas Sithole has set his sights on the 2016 Paralympic Games in Rio de Janeiro, Brazil. This comes hot on the heels of Sithole’s win in the wheelchair quad singles at the US Open tennis tournament, becoming the first man from Africa to win a singles US Open title of any kind.​

​​​The 26-year-old UJ students was congratulated by President Jacob Zuma, Deputy Minister of Women, Children and People with Disabilities, Hendrietta Bogopane-Zulu, and Tennis South Africa (TSA) president Bongani Zondi on Tuesday when he arrived at OR Tambo International Airport.

Sithole, who lost both his legs and most of his right arm in a train accident in KwaZulu-Natal in 1998, won his maiden grand slam title, beating local favourite and world number one David Wagner in the US Open Quad tournament, in New York on Sunday.

“I’d like to thank the supporters and also David for sharing the experience with me on court. I really enjoy playing against him. He is a great player, one of the best in the quads,” Sithole said.​​​​ 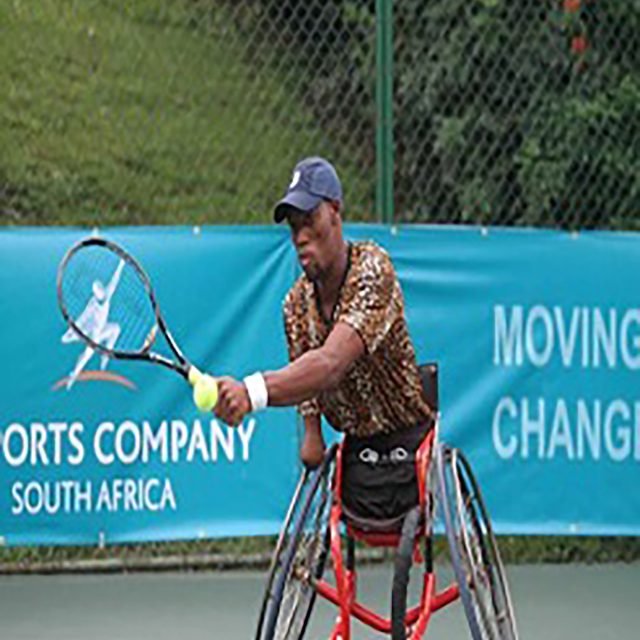