A study by researchers at UJ’s African Centre for DNA Barcoding (ACDB) has exposed the illegal trade of cycads at the Faraday and Warwick Traditional Medicine Markets using the scientific method known as DNA barcoding. The study highlighted that the emergence of DNA barcoding is providing an invaluable tool in tackling this challenge.

Cycads are classified as the world’s most threatened plant group. Its South African representatives include Stangeria eriopus and 37 Encephalartos species of which three are extinct in the wild, 12 critically endangered, four endangered, seven near threatened, nine vulnerable, and statistics reveal that only three of the species are of least concern.

Published in the Botanical Society journal, Veld & Flora, the ACDB paper indicated that South Africa is currently at risk of losing 50% of its cycads within the next two to 10 years – a predicament recently described by SANBI’s Michele Pfab as “the South African cycad extinction crisis”.

According to the ACDB, accurate identification is essential to enforce the highest penalties for illegal cycad trafficking. They explained that DNA barcoding involves using a short, agreed-upon region of a genome as a unique identifier for each species. These short gene sequences – known as DNA barcodes – can be used to identify a species, even if only a small fragment of plant material is available.

“Various botanical studies have already demonstrated the impact of DNA barcoding, which has been used to discover and identify unknown species, resolve taxonomic problems, detect substitution in herbal products in North America, aid with traditional medicine market surveys – allowing identification of commercialised medicinal plants in northern Morocco – and scrutinise the illegal trade of endangered plant species, such as wild-harvested orchids in Nepal.”

UJ found that Encephalartos is traded at traditional medicine markets in the form of bark strips and stem sections, thus determining the actual species traded presents a major challenge due to lack of characteristic plant identification markers. In response to an increase in cycad poaching, South Africa’s officials are turning to DNA barcoding to safeguard local cycads.

A cycad DNA barcoding project was launched in 2010 by UJ’s ACDB with the aim of creating a DNA barcode reference library for African Encephalartos species in an attempt to control illegal cycad collection. This project is in collaboration with the International Barcode of Life and the Barcode of Wildlife projects, ACDB’s Prof Michelle van der Bank said. 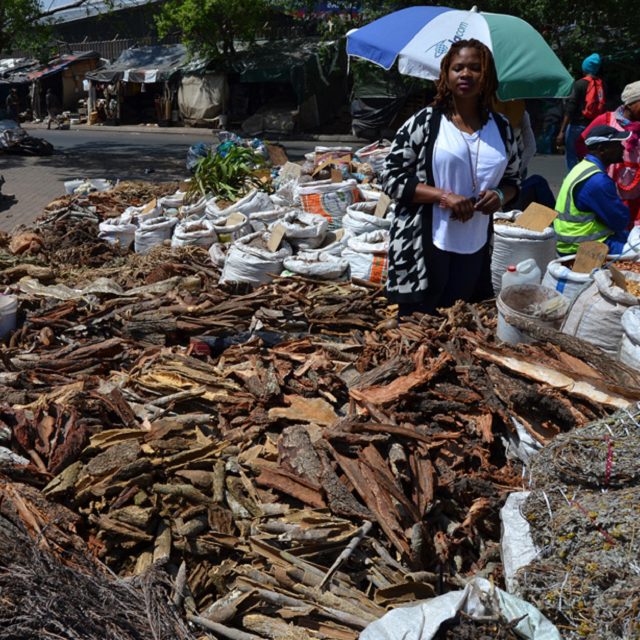