The University of Johannesburg (UJ) has formed partnerships with Study Abroad.com, International Student Exchange Programme (ISEP) based in the United States (US) as well as Study Abroad to Africa, also based in the US to provide UJ students an opportunity to study abroad, and further establish collaborations with international higher education institutions.
Study abroad is an opportunity to continue academic studies while living and travelling in a country outside of your own. Through the programme, students get to experience cultural exchange and awareness. Culture influences how one thinks and reasons, and the existence of differences in cultures that influence norms and immersion into a different culture provide a perspective to an individual making them competent in different cultural settings. One also gets to experience the different teaching styles as compared to that of UJ and South Africa as a whole.
The Division of Internationalisation was centralised in September 2011, it was therefore mandated by the Management Executive Committee to start the study abroad programme.
The official programme started in 2010 where, since then, some ten to 15 students have gone overseas for exchange programmes. The programme began to gain momentum in 2013 when three students were sent to study in Birnam, Scotland.
In line with the mission statement and Strategic Thrust of UJ, the University has to have a certain number of outbound students in order to be classified as an international University. The University of Johannesburg, in conjunction with the Division of Internationalisation, prides itself with the number of inbound and outbound students it has in the various faculties. In the first semester, UJ had ten outbound students and 16 inbound. In the second semester there had been a marked increase with 106 outbound and 112 inbound students.
The Study Abroad programme has courses ranging from three weeks, which are summer schools, six months and a full year – these give the student an opportunity to be credited by the University when he/she returns.
The University has partnerships with active international universities from countries such as France, Germany, Netherlands, United States of America, Singapore and Japan, just to name a few.
The latest outbound students are three third-year Public Relations and Communication students Loyiso Ngcongo, Siphokazi Ngwaba and Brenda Masuku. The three students were each awarded a scholarship from DHBW- Ravensburg (Baden-Wuerttemberg Cooperative) State University in Germany for a period of three months.
Loyiso Ngcongo will be studying towards a qualification in Social Media Marketing. “I was driven by the thought of honoring his late father’s wish, which was to see me do well”, he says.
Siphokazi Ngwaba will be studying towards a qualification in International Marketing. She is the first in her family of five to make it to University. “When an opportunity such as this one presented itself, I was more than willing to grab it with both hands because it is a once in a life time opportunity”, she says.
Brenda Masuku will be studying towards Human Resource Management to add on to her Public Relations qualification. “I was happy when I heard the news that I have been selected to study abroad. It is the best feeling ever”, said Brenda when asked what emotions went through her body.
An average of 65% is one of the requirements for one to qualify for the study abroad programme as well as a letter of support from the student’s faculty at UJ. 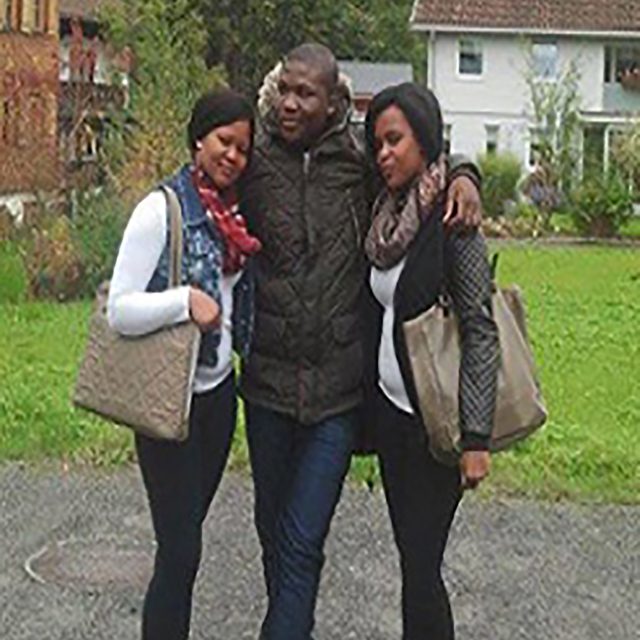